Lucknow: The mystery shrouds the death of the Seer of Bagambari Peeth and head of Akhada Parishad, Mahant Narendra Giri, as the suicide note recovered by the police has raised many questions. The Uttar Pradesh government has constituted an 18 member Special Investigation Team (SIT). The Congress party has demanded CBI probe in the case while Samajwadi Party chief Akhilesh Yadav has asked for an enquiry by a sitting high court judge.

In the seven-page suicide note allegedly written by the deceased Mahant, allegations have been levelled against few of the close associates. As per the suicide note, the prime suspect in the case, Anand Giri made such condition that led Mahant Narendra Giri to take such an extreme step. In the note Mahant Narendra Giri has stated that Balbeer Giri be made head of the Baghambari Peeth after him.

According to those, close to Mahant Narendra Giri, the late seer could not write a seven-page long suicide note as he was hardly literate. A police officer who had been posted at the peeth informed that late Mahant could hardly make his signatures and there is remote possibility of writing such a long note. The authenticity of the writing as well as the signature of the late Mahant has also been questioned. Besides, in the note, the late Mahant has mentioned about the feud between him and Anand Giri which was amicably solved a few months back. The naming of two other persons Adya Tiwari and Sandeep Tiwari in the suicide note also raised doubts as both these were on the side of late Mahant when the later had a feud with Anand Giri.

However, the Additional Director General (ADG), Law & Order, Prashant Kumar, said the prime suspect in the case Anand Giri is in police custody and probe is on. A case has been registered against him. 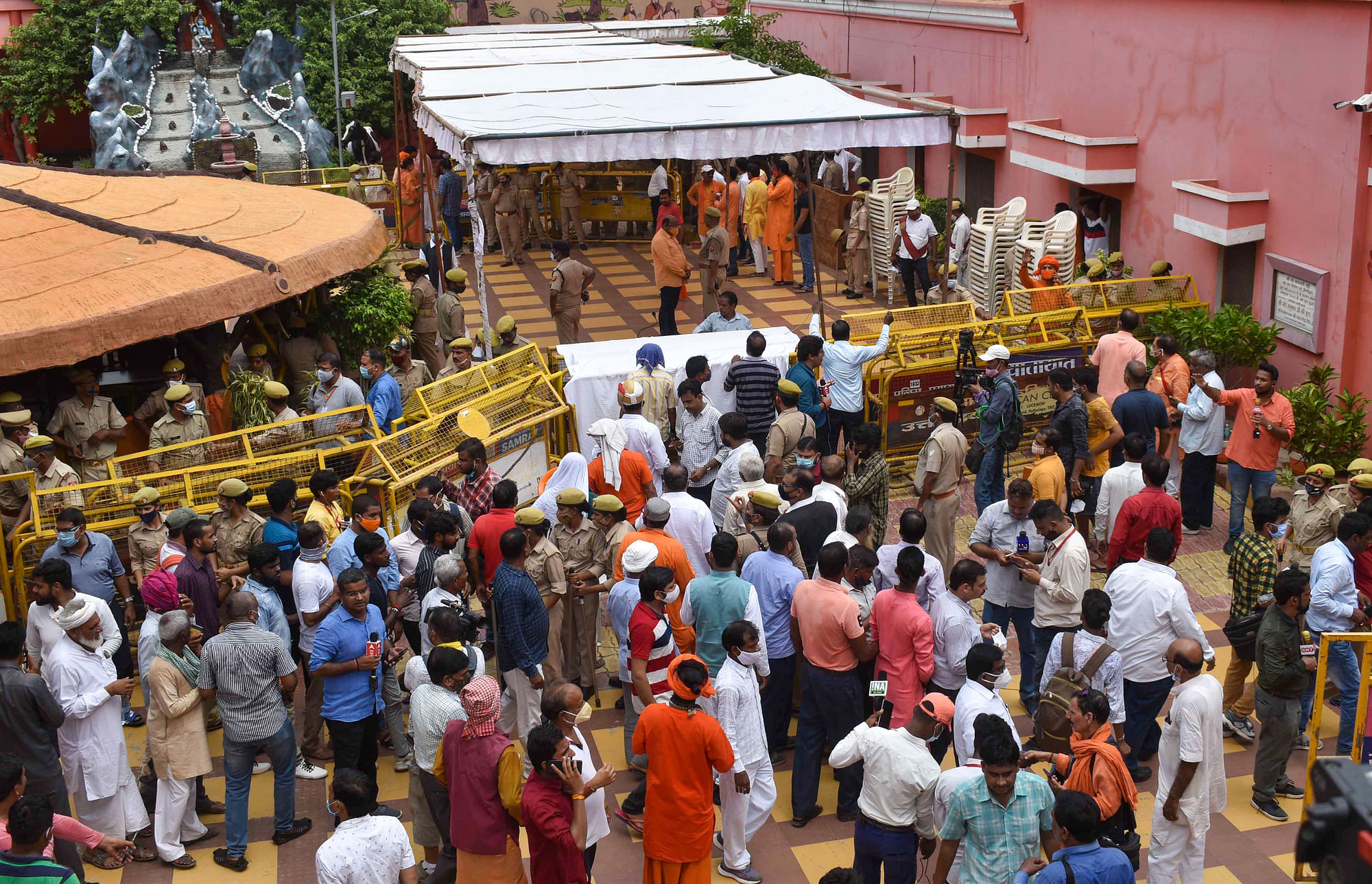