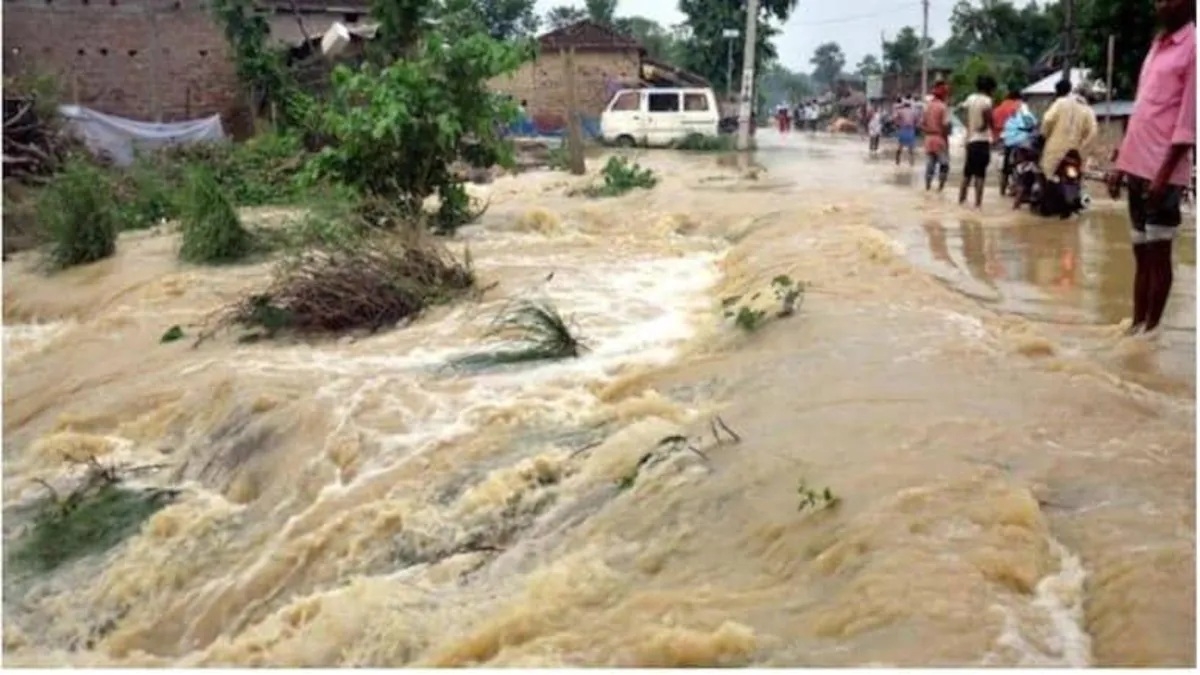 Dehradun: Haunted by horrifying memories of the February flash flood, residents of Raini village--the cradle of the Chipko movement--that bore the brunt of the calamity still cannot sleep peacefully fearing what will happen to them if yet another disaster comes knocking at their doors.

A hydel project on the Rishi Ganga River at Raini village had been totally demolished in the February deluge which had also killed five of its residents. The fear of villagers about another imminent calamity is not unfounded as a team of experts which conducted a study on the impact of the February flashflood on Raini recently recommended its evacuation at the earliest warning due to its increased vulnerability to natural disasters.

Relocation and rehabilitation of disaster-hit villages in Uttarakhand is a long-drawn out affair as there around 330 villages affected by successive calamities are still waiting to be relocated.

"Raini is vulnerable at present and requires adequate slope stabilisation works to arrest slope failure activities. If appropriate measures are not taken, it may lead to mass movement activities in saturated, dynamic conditions and toe erosion by rivers," geological experts said in a report based on their field study of the affected village in Chamoli district.

"Therefore, the slopes in Raini village located on the confluence point of Rishi Ganga and Dhauli Ganga rivers should be treated or the entire village evacuated as early as possible," the report conducted under the Uttarakhand Disaster Recovery Initiative (UDRP) said.

The fear of villagers of an imminent disaster was deepened after a 40-metre stretch of Joshimath-Malari road just 10 metres below the village caved in a couple of months back, Raini village Pradhan Bhawan Rana said.

Though the stretch has been repaired by the Border Roads Organisation (BRO), cracks have appeared on it once again following heavy rains, he said.

Residents of Raini are eagerly awaiting being moved to a safe location.

Dhak and Subhai villages have been recommended by the team of experts in their report as the appropriate sites for their relocation.

When asked whether the administration had initiated steps for the relocation of the village, Rana said the report has been sent to higher authorities in Dehradun for action.

"But nothing has been done yet despite district authorities being repeatedly told about the situation in Raini. The villagers are forced to live in constant fear, especially at night when running to safety, in case of a disaster, could be even more difficult if not impossible," Rana said.

Even the school building where residents of Raini were shifted following the flash flood in February can be reached only after crossing a bridge which may be at the risk of being washed away in case of a crisis, he said.

There are around 30 families consisting of 122 people still residing in the village, Rana said.

"Those whose grown up children work in towns have shifted with them, but those who have no other option are forced to live in the village," the village pradhan said.

Meanwhile, most disaster management officials in Dehradun expressed ignorance about the study report of which a copy is available with PTI.

While the Executive Director of Disaster Mitigation and Management Centre Piyoosh Rautela said he was not aware of the report, Disaster Management Secretary S A Murugesan said the report had not reached his office yet.

"Anything about Raini can be done only after we receive the report and study it," Murugesan told PTI.

"Raini is one among 400 disaster-hit villages across Uttarakhand which need to be rehabilitated and relocated. We are done with 70 of them. Work on the rest will be taken up in the order of priority. It is an endless process," he said.

Though officials in Dehradun appear to be in no particular hurry to address the problem of Raini, the UDRP report should prompt them into immediate action as it warns of toe erosion of the slope base by rivers in the village, mass movement, loose, unstable and overhanging boulders on the slope surface posing danger to houses.

"Raini village is facing serious slope stability problems where whole inhabited area is affected by active subsidence whereas downslope is affected by toe erosion. During investigation wide cracks were observed in the walls and floors of many houses indicating active slope movement in the area.

"It is therefore advisable to rehabilitate Raini village to an alternate safe location. The local administration has identified the sites for the rehabilitation of Raini Village which have been inspected by the geological and geotechnical team," the report said.