A protest against Nupur Sharma over her alleged remarks on Prophet Mohammad, in Thane, on Tuesday, May 31, 2022 | PTI

New Delhi: The Delhi Police has registered an FIR over complaints that former BJP spokesperson Nupur Sharma was receiving threats for her controversial remarks against Prophet Mohammed, officials said on Monday.

"Based on the FIR, we have initiated a probe into the matter," a senior police official said.

According to officials, the FIR has been registered under IPC sections 153 A (promoting enmity between different groups on grounds of religion, race, place of birth, residence), 506 (criminal intimidation), 507 (Criminal intimidation by an anonymous communication) and 509 (Word, gesture or act intended to insult the modesty of a woman) against unknown people.

The BJP on Sunday suspended its national spokesperson Nupur Sharma and expelled its Delhi media head Naveen Kumar Jindal as the row over their alleged derogatory remarks against Prophet Mohammed escalated with protests from some Muslim countries.

Amid demonstrations by Muslim groups and the sharp reaction from countries like Kuwait, Qatar and Iran, the BJP issued a statement asserting that it respects all religions and strongly denounces insults of any religious personality.

Sharma's comments, made in a TV debate nearly 10 days ago, and Jindal's now-deleted tweets sparked a Twitter trend calling for a boycott of Indian products in some countries.

After the action, Sharma unconditionally withdrew her controversial statement made in the TV debate and claimed that her comments were a reaction to "continuous insult and disrespect towards our Mahadev"' (Lord Shiva).

A communication to Sharma from the BJP's disciplinary committee said she had expressed views contrary to the party's position on various matters, which is in clear violation of its constitution.

"Pending further inquiry, you are suspended from the party and from your responsibilities, assignments if any, with immediate effect," it said. 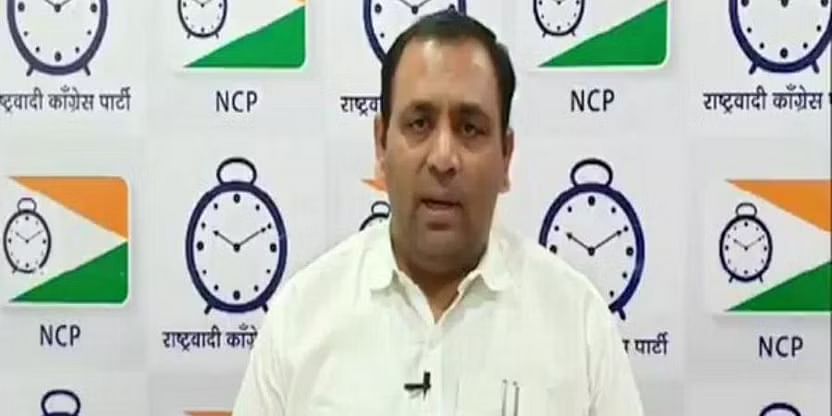