The AIIMS-Delhi Nurses' Union went on an indefinite strike from Monday over their long-pending demands, including those with regard to the Sixth Central Pay Commission, following which the Union health ministry directed the institute's director to ensure no disruption of nursing functions.

The ministry also said non-compliance of the "code of conduct", laid down as per a Delhi High Court judgment, whereby no employee or staff or faculty member will cease work for any reason, will be treated as an offence under the Disaster Management Act.

From Monday afternoon, around 5,000 nurses went on strike, hampering patient care services at the All India Institute of Medical Sciences (AIIMS) here.

In a video message, AIIMS Director Randeep Guleria termed the strike as "inappropriate and unfortunate" in the time of the COVID-19 pandemic and appealed to nurses to call off their agitation and return to work.

The nurses' union's demands include correction of an anomaly in the fixation of the initial payment as per the Sixth Central Pay Commission (CPC), redressal of issues such as the abolishment of gender-based reservation in the recruiting process of nursing officers and contractual appointments, enhancement of hospital accommodation and cadre restructuring.

"I appeal to all nurses and nursing officers not to go on strike, and not to make us feel embarrassed about the dignity that we have as far as the nurses are concerned. I, therefore, appeal to all of you to come back and work and really help us get through this pandemic," Guleria said.

In an order issued to the institute's director, the health ministry said the AIIMS Nurses' Union through their letter, dated November 13, gave a call for an indefinite strike and listed various issues.

With a view to expediting resolution of some of the issues, a meeting was convened on December 8, which was attended by officers of the health ministry, the department of expenditure of the finance ministry and the AIIMS administration, it said.

Following the meeting, the position on the CPC anomaly was communicated to the AIIMS administration, informing that the interpretation of the union on pay fixation under the sixth CPC is beyond the provisions in the gazette notification dated August 29, 2008, of the department of expenditure on Central Civil Services (Revised Pay) Rules, 2008, the order read.

It was also explained that the interpretation of the union is for a dispensation which is not covered under existing instructions of the department, it said.

On December 10, another meeting was held and it was attended by officers from the health ministry, AIIMS administration and by two representatives of the union, according to the order.

Repeated attempts were made to convince the union that its demand is not covered under the existing service's rules, it said.

The meeting remained inconclusive, the order issued by the Union health secretary said.

"This will therefore have to be examined as a fresh demand. It was also stated that the ministry is open to placing the fresh demand before appropriate authorities for sympathetic consideration and therefore, the AIIMS Nurses' Union may be requested to reconsider and withdraw the call for any strike, especially during these trying times, due to the national priority of effectively tackling the COVID-19 pandemic," it said.

Though sincere attempts were made to dissuade the union from going on a strike, the union through a handwritten letter informed the AIIMS director about their decision to go on a strike from December 14 afternoon and proceeded, the order said.

The order said the Delhi High Court in a judgment on May 5, 2002, put in place a "code of conduct" that was not only applicable to AIIMS employees but also to staff and faculty members.

"The code of conduct, inter alia, provides that there should be no cessation of work for any reason whatsoever or the aiding or abetting of such disruption or cessation... it is hereby directed that AIIMS, New Delhi, should ensure that directions of the judgment of the high court are strictly complied with without fail and there should be no cessation or disruption of nursing functions in AIIMS nor such an action aided or abetted," it said.

"Non-compliance will be treated as an offence under the Disaster Management Act read with the Indian Penal Code and action will be taken accordingly against defaulting authorities/employees," the order stated.

The strike was earlier scheduled to start from December 16.

Guleria in his video message said the nurses' union had 23 demands and almost all of them have been met by the AIIMS administration and the government.

He said one of the demands is basically a perceived anomaly in the fixation of the initial payment as per the sixth CPC and following multiple meetings, it was explained to them that the interpretation is not correct.

"But because the nurses' union were asking for a hike in salary, it was said by the government that it would sympathetically look at this as a fresh demand and asked the department of expenditure to consider this," he said.

"It, however, seems inappropriate that when a country is fighting a pandemic when we are fighting for our near and dear ones to save lives and we know that we need to work only for a few more months and the vaccine may actually provide a solution. Unfortunately at this point in time, the nurses have gone on a strike," Guleria said.

"Adding to this, it is shocking to know that the AIIMS administration decided to recruit nursing officers on contractual basis immediately which is against our strike demands," the union said.

Guleria said, "Whatever issues you have we will try and resolve amicably and try and be sympathetic to your demand. But at this time of hardship and in this time of trial and tribulation please do not go on strike." The AIIMS in a statement said nurses have gone on a strike in contravention of the high court's direction on the "code of conduct" laid down whereby no employee, staff or faculty member will cease work for any reason whatsoever, shout slogans, hold demonstrations within the campus or hold gate meeting within 500 meters of the institute boundary.

"The various demands raised by the union stand discussed with them for resolution. The union has however abandoned many critically ill patients on the demand of perceived anomaly of fixation of the initial pay related to 6th CPC of the year 2006," it said. The union was apprised that their interpretation is not covered under the existing instructions of the Ministry of Finance, as clarified by the department of expenditure, the statement said. "Because the nurses were looking for a hike in their salary, the Union health ministry has considered it sympathetically as a fresh demand for consideration by appropriate authorities," it said.

The AIIMS administration has appealed to the union not to go on strike during the crisis of the pandemic and to return to patient care immediately, the statement said. 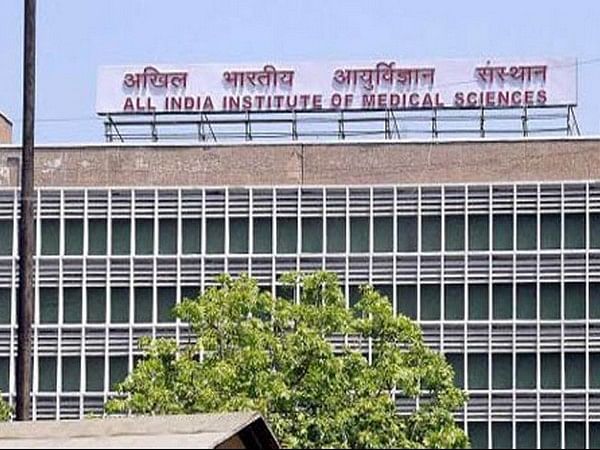 'I was close to…': Rafael Nadal on giving retirement a thought before Wimbledon 2022