Tenzing Norgay was born in Tsa-chu, Nepal in 1914. His original name was Namgyal Wangdi which was changed on the advice of the head Lama and founder of the Rongbuk Monastery.

Tenzing Norgay was the first person along with Sir Edmund Hillary to scale Mount Everest, the highest peak in the world. The mountain was impossible to achieve for the world at that time.

Current Mountaineers have many facilities available like oxygen cylinder, ropes and also many other advanced equipment to scale up difficult mountains. But when Sherpa Tenzing and Sir Edmund Hillary climbed the world's highest mountain it was impossible for many mountaineers to reach the highest peak.

Tenzing Norgay was a Sherpa by profession who accompanied Sir Hillary. The Sherpa community was very popular to climb difficult mountains as they were born among these mountains and were naturally habitual to the atmosphere and climbing.

On Tenzing Norgay's death anniversary, on May 9 let us see interesting facts about him.

Tenzing Norgay was born in Tsa-chu, Nepal in 1914. His original name was Namgyal Wangdi which was changed on the advice of the head Lama and founder of the Rongbuk Monastery. In his autobiography, he wrote that he was a Sherpa born and raised in Tengboche, Khumbu, in northeastern Nepal.

According to a book co-written by his son Jamling Tenzin Norgay, he was born in Tibet, at Tse Chu in the Kama Valley, and grew up in Thame.

Khumbu lies near Mount Everest, which the Tibetans and Sherpas call Chomolungma; in Standard Tibetan, that name means "Holy Mother," or the goddess of the summit.

Norgay participated as a high-altitude porter in three official British attempts to climb Everest from the northern Tibetan side in the 1930s. He also participated in the 1936 expedition.

After the death of his first wife Norgay returned to Darjeeling with his two daughters during the Indian partition of 1947. He crossed India by train without a ticket.

In 1947, again he participated in an unsuccessful summit attempt to climb Everest.

In 1953, Tenzing Norgay took part in John Hunt's expedition. Edmund Hillary was also a part of the team. The Hunt expedition had overall 400 people, including 362 porters, 20 Sherpa guides and 10,000 pounds (4,500 kg) of baggage, and like many such expeditions, was a team effort.

After scaling a 40-foot rock face that was later named Hillary Step, they reached the top at 11:30 a.m. on May 29, 1953. After they reached the top, they started taking photographs to authenticate their climb. After spending 15 minutes at the top they came down.

In 1959, Tenzing Norgay was conferred with the Padma Bhushan by the Government of India In January 2008, Lukla Airport in Nepal was named after the duo as Tenzing-Hillary Airport.

In September 2013, Nepal named two unnamed peaks in Nepal after Sir Hillary and Norgay. Those were named as Hillary Peak and Tenzing Peak.

Tenzing Norgay died due to cerebral haemorrhage in Darjeeling in West Bengal on May 9, 1986. 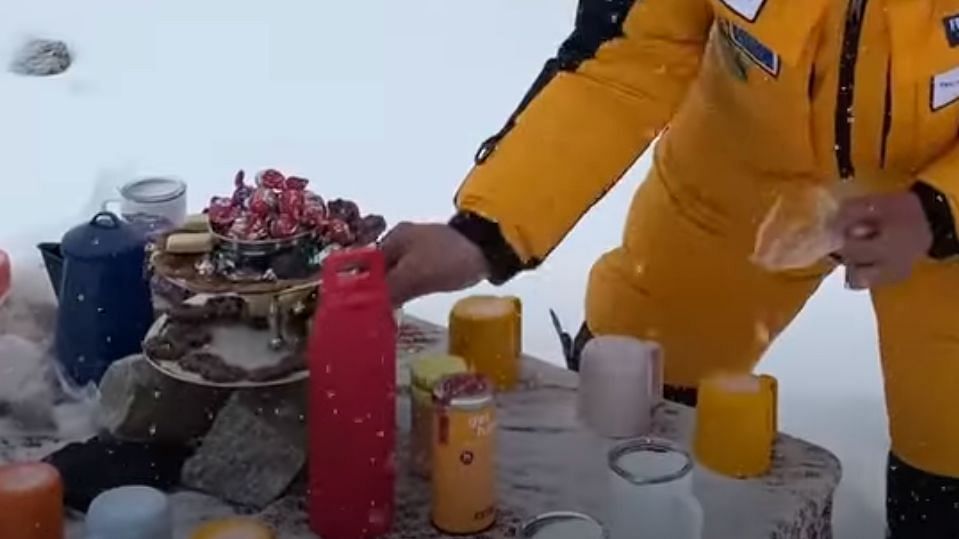