COVID-19: Amid reports of lockdown in China and Russia, here's what experts say about third wave in India The Russian capital on Thursday started a nonworking period intended to stem coronavirus infections as new daily cases and deaths from COVID-19 surged to all-time highs.

In addition to that Chinese city of Lanzhou in northwest Gansu province, has been put under lockdown to curb the surge in COVID-19 cases.

The residents of the city have been prohibited from leaving their homes unless in an emergency, Chinese state media Global Times reported.

In India, the genomic sequencing of COVID-19 samples in Karnataka has found two positive patients in Bengaluru infected with the AY.4.2 variant of the SARS-CoV-2 virus, which is feared to be causing the surge in the UK, Germany and Russia.

Karnataka Health Commissioner D. Randeep has clarified that there is no reason to panic on the detection of new Covid variant AY 4.2 in the state.

So, here's what experts have said about probablity of third wave in India:

India is unlikely to see a Covid wave like the devastating second one unless there is a new immune escaping variant but the lower number of cases does not necessarily mean the pandemic is now endemic, several experts said on Friday.

Giving hope and also injecting a note of caution as the festive season peaks with Diwali just days ahead, they said a dipping Covid graph is only part of the picture and pointed to factors such as the mortality rate, the need for a larger vaccination cover and examples of countries such as UK where numbers are again rising.

A day after India reached the milestone of 100 crore Covid vaccine doses, virologist Shahid Jameel said vaccination rates have improved significantly but more needs to be done."I am not sure we are in the endemic state yet. As we celebrate this (100 crore) landmark, there is still some distance to go. We are going towards endemicity, but are not there yet," Jameel, a visiting professor at Ashoka University in Haryana, told PTI in an email interview.

He also noted that daily confirmed COVID cases in India have been decreasing slowly over the past three months from about 40,000 per day to about 15,000 per day now.According to Union Health Ministry data on Friday, there were 15,786 new COVID-19 cases, marking 28 straight days of a daily rise of less than 30,000.

The death toll climbed to 4,53,042 with 231 deaths.Jameel, one of India's best known virologists, also pointed out that the mortality rate in the country remains steady at about 1.2 per cent.

"This tells me that the vaccine coverage in India still needs to increase," he added.A disease is described as endemic when it continues to be present within a given geographical area but its impact is manageable."There have been some confused claims about this recently. Low cases for some time do not necessarily mean endemicity. It is possible that endemicity is close in some parts of the country, but the data needed to confirm this is not easily available," added Murad Banaji, senior lecturer in mathematics at UK's Middlesex University who has been closely tracking India's Covid graph and has done several model studies."For example, we do not know how many current infections are occurring amongst people who have been vaccinated or infected before," Banaji told PTI.

He added that nobody knows what an "endemic future" would look like or what levels of Covid to expect. What is likely is that measures to control transmission will still be needed for some years to come.Epidemiologist Ramanan Laxminaryan concurred, saying there can be periodic flare-ups even with an endemic disease as is being observed in the UK."I believe we should wait for another two months before determining whether COVID-19 poses a significant future threat to the country," Laxminarayan, director of the Center for Disease Dynamics, Economics & Policy in Washington, told PTI in an email interview.In the UK, Jameel noted, the caseload has increased from about 30,000 cases per day in mid-September to almost 50,000 cases per day.

However, the mortality rate has fallen from 2 per cent in mid-July to about 0.2 per cent now.In the US, after reaching almost 200,000 cases per day in early September, the cases are now down to about 80,000 per day. However, mortality rate remains the same as earlier in the year.The experts said India will continue to experience local increases in Covid cases even though it is unlikely to see another overwhelming surge in infections like it did during the second wave when the country's healthcare system was overwhelmed and thousands died.Banaji said there have been a large number of recent infections, and vaccination has been proceeding at a reasonable pace."

These both reduce the likelihood of a major new wave in the next few months," he explained."New variants could potentially still pose a challenge. Any new variant which spreads much more easily, especially amongst people who are vaccinated or have been previously infected, could lead to new surges."

Hopefully, he added, India will not see a wave on the scale of April-June 2021 ever again, although there could be some increase in transmission during festival season.Jameel agreed. A large third wave is unlikely unless a new variant emerges that evades existing immunity and spreads faster but small localised increases after the Diwali can be expected just as there was in West Bengal after Durga Puja.

The focus, in his view, should be on ensuring that all those with one dose get the second dose quickly.While the milestone of 100 crore vaccinations is an achievement for any country, India also has a large population and many remain to still be vaccinated, he said.According to Co-WIN portal data, over 71 crore vaccine doses were administered as the first dose and over 29 crore as the second dose.

More than 75 per cent of India's adult population has received at least one dose of COVID-19 vaccine and more than 31 per cent of the country's around 93 crore adults have got both doses.Banaji said as long as there are vulnerable people, for example those who remain unvaccinated, or who have a weakened immune system, a major surge will mean more deaths.

"For these reasons, local authorities should plan how to keep transmission low for the foreseeable future." "Children need to go to school, and people need to work and earn a living. But there are plenty of measures which reduce risk without bringing life to a halt," the scientist stressed.Terming the expansion of vaccination coverage a "huge success", Laxminarayan said this one measure alone will contribute to India being less vulnerable to Covid than many other countries."Official figures show only a small part of the picture.

We know that recorded cases are a tiny fraction of infections, and recorded COVID-19 deaths are a small fraction of total pandemic deaths," said Banaji."What is worrying is that in some parts of the country surveillance is so poor that if a new surge started we might not see it in official data," he added.The scientist said it is very important to encourage transparency and better surveillance, holding up states such as Kerala and Maharashtra as examples of better surveillance rather than criticising them for their higher numbers. 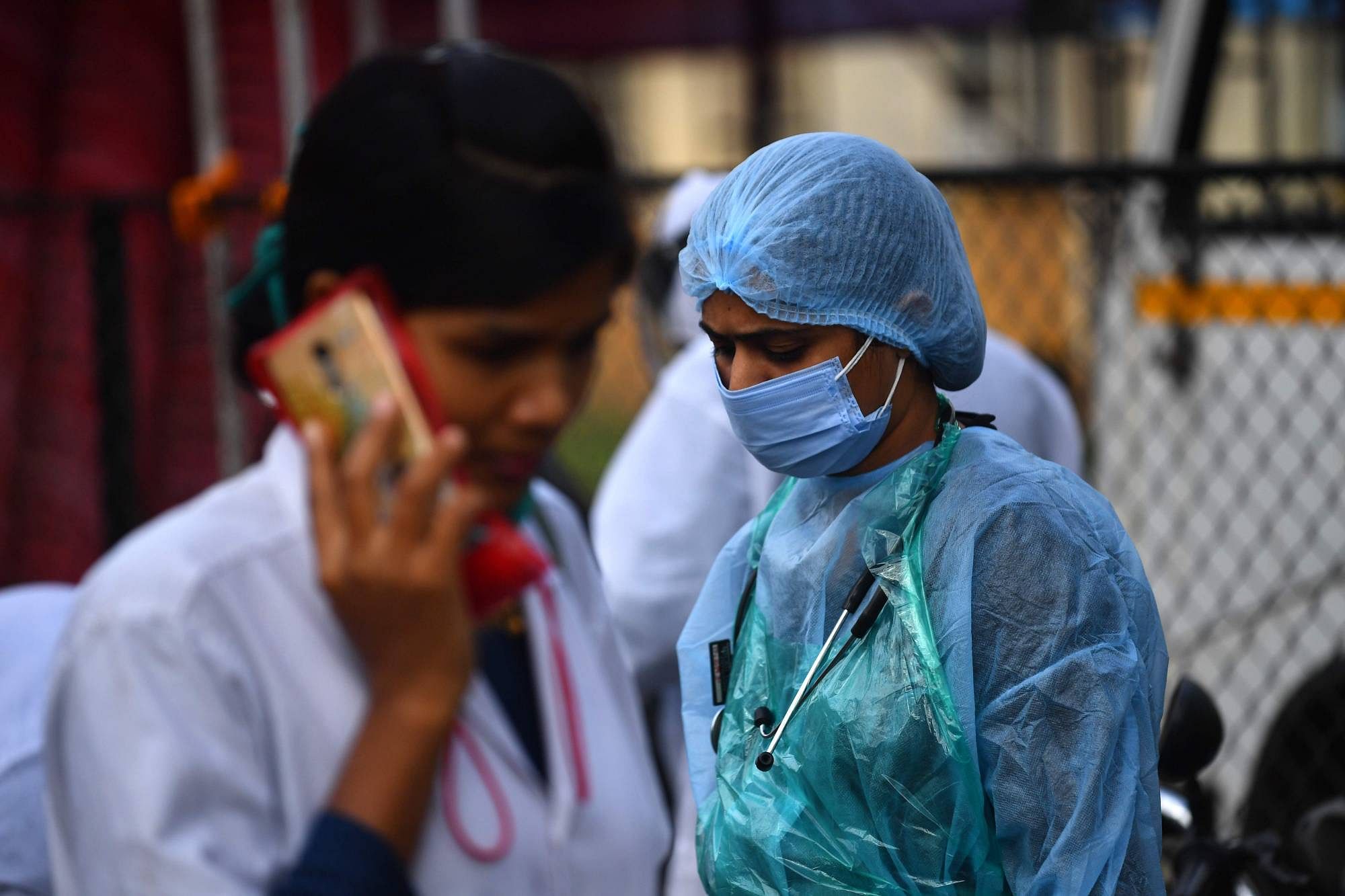