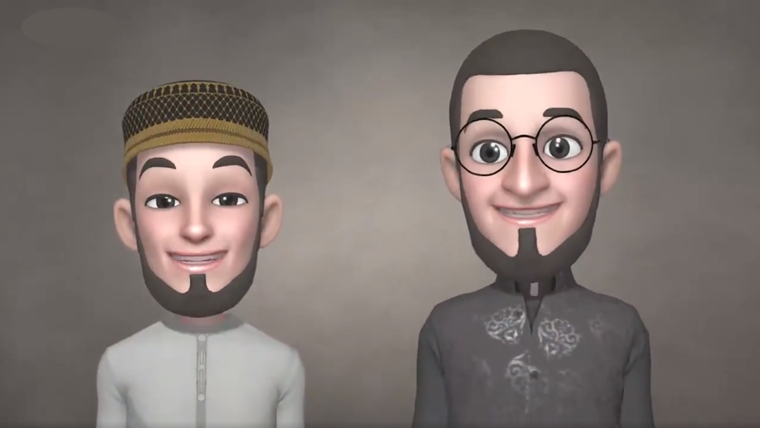 A day after Prime Minister Narendra Modi sought to reassure Muslims in India that the Citizenship Amendment Act and the proposed National Register of Citizens will not apply to them, the BJP is trying to underscore the point with a video.

Not just any video, this is an animated conversation between two people who wear a sherwani-like outfit and have beards. One of them asks questions about CAA and NRC, while the other answers the queries.

"This is an appeal to all the Muslim brothers and sisters of the country to first understand the Citizenship Amendment Act itself and then explain it to others. Otherwise, political parties that lie and spread confusion will make us fight among ourselves for the sake of their vote bank," the party captioned the video.

An ANI report from Monday said that the BJP had launched a massive public awareness campaign on social media and through its cadres to reach out to the Muslim community and dispel their doubts on the issue.

A senior leader of the party told ANI that as part of the outreach process, the party has prepared easy-to-understand videos, cartoons featuring Muslim characters and graphics to explain the CAA and the proposed NRC.

"For example, a cartoon film released by the BJP, featuring two Muslim characters, answers basic questions on the issue and also aims to dispel the doubts on CAA and NRC that it is in any way against the Indian Muslim citizens," added the leader.

The video begins with the the first character asking the second (Arif bhai) where he is going. He then looks horrified when the latter responds that he is going to sit on a dharna against the government.

Arif explains that the central government has brought a new law that would require Muslims to leave the country. The first character then goes on to explain that CAA will not affect the lives of any Indian citizen. Rather, he says, this is a law to give citizenship.

The video also reiterates that there has been no announcement made regarding a nationwide NRC. When announced, the rules will be made in such a way that no citizen is not bothered, the character explains.

The video has so far drawn a mixed bag of reactions from those on Twitter. While many shared the video and urged others to clear their doubts, not everyone was happy with it.

Take a look at some of the reactions:

BJP couldn't even find two Muslims to act in their video. Looks like Naqvi and Shahnawaz also refused. https://t.co/73Ba9AxmL3

Central Government should translate this video to all local language and telecast in local television to create awareness among local people.

As part of the campaign to dispel doubts, senior post holders in the party have been asked to post all pictures relating to CAA Jan Jagran programme on social media using the hashtag #CAAJanJagran. The functionaries have also been asked to mail and post videos of the events.

The party has already declared that it will reach out to approximately 3 crore families and hold public gatherings and 250 press conferences.

Prime Minister Narendra Modi on Sunday accused the opposition parties of spreading lies about the Citizenship Amendment Act and the proposed National Register of Citizens and said that that CAA and NRC will not apply to the Muslims of the country.

Addressing a rally at Ramlila Maidan here over government's decision to provide ownership rights to over 40 lakh residents of unauthorized colonies in Delhi, Modi said that BJP-led government had not brought NRC and it was made when Congress was in power. He said that the rumours of detention centres being spread by "Congress and urban Naxals" were false. He said the new law was not applicable to citizens of the country.

"A lot of lies are being spread about NRC as well. It was made during the Congress regime. Where were the protesters then? We did not make it, nor did we bring it to the Parliament or announce it," Modi said.

Reaching out to Muslims, he said they don't need to worry at all.

"Those still in doubt, I will tell them that rumours being spread by Congress and Urban Naxals about detention centres is a total lie. The Muslims of India don't need to worry at all. The CAB and the NRC will not apply to the Muslims of the country," he said. The CAA grants Indian citizenship to non-Muslims who entered the country from Pakistan, Bangladesh and Afghanistan till December 31, 2014.

Both CAA and NRC have become emotive issues among the Muslim community.

In related news, BJP working president JP Nadda on Monday headed to Kolkata to lead a rally in support of the Citizenship Amendment Act.