The Congress Working Committee (CWC), the party's highest decision-making body, is meeting on Sunday evening for post-poll introspection, amid mounting pressure to oust Rahul Gandhi for the worst results under his command.

The meeting will be attended by the 68 CWC members, including those who were in charge of the five States.

Congress chief spokesperson Randeep Singh Surjewala, however, scotched the buzz about an impending resignation by Rahul or his sister Priyanka Gandhi Vadra, the AICC general secretary in-charge of Uttar Pradesh, asserting that such news emanating from unnamed sources is completely unfair.

Fireworks are expected in the CWC as many senior leaders are upset with the manner in which Rahul and Priyanka have been running the party, sidelining Sonia Gandhi and insisting on further delaying the organisational elections till August-September, instead of initiating immediate correctives to prevent the Congress from sinking further.

Many members questioned utility of convening a CWC meeting, noting that the leadership has ignored the Ashok Chavan Committee report on the analysis of defeat in Kerala and West Bengal in May last year that was submitted to the Congress President Sonia Gandhi in July last year.

After the party drew a blank in West Bengal and could not stop Pinarayi Vijayan of CPI-M from returning to power in Kerala, it had set up a five–member committee under former Maharashtra Chief Minister Ashok Chavan. The committee included former I&B minister Manish Tewari, who is part of the G-23 rebel group, and Lok Sabha MP Jothimani who is considered a Rahul Gandhi loyalist.

The report was never tabled or discussed in any subsequent meetings.

In the last CWC meeting on October 16 last year, former Rajya Sabha Opposition leader Ghulam Nabi Azad, as leader of the G-23 rebel group, asked about the report but his questions were met with “stoic silence”.

“Even the summary of the report was not verbally shared with the CWC,” one of the members said.

The pro-Grandhi camp, however, claims that the report was never meant for the consumption of the CWC or any other leaders.

Senior Congress leader Shashi Tharoor, a member of the G-23, had on Thursday, tweeted the party could not avoid change. Some of the rebel leaders met at Azad's residence on Friday evening to discuss the way forward, while expressing dismay at the Congress leadership for not taking any corrective steps to revive the party.

The Gandhi family loyalists refuse to put the blame on Rahul for the debacle. D K Shivakumar, the party's trouble-shooter from Karnataka, on Friday affirmed that the Congress cannot be united without the first family and it was "impossible for it to survive without them." 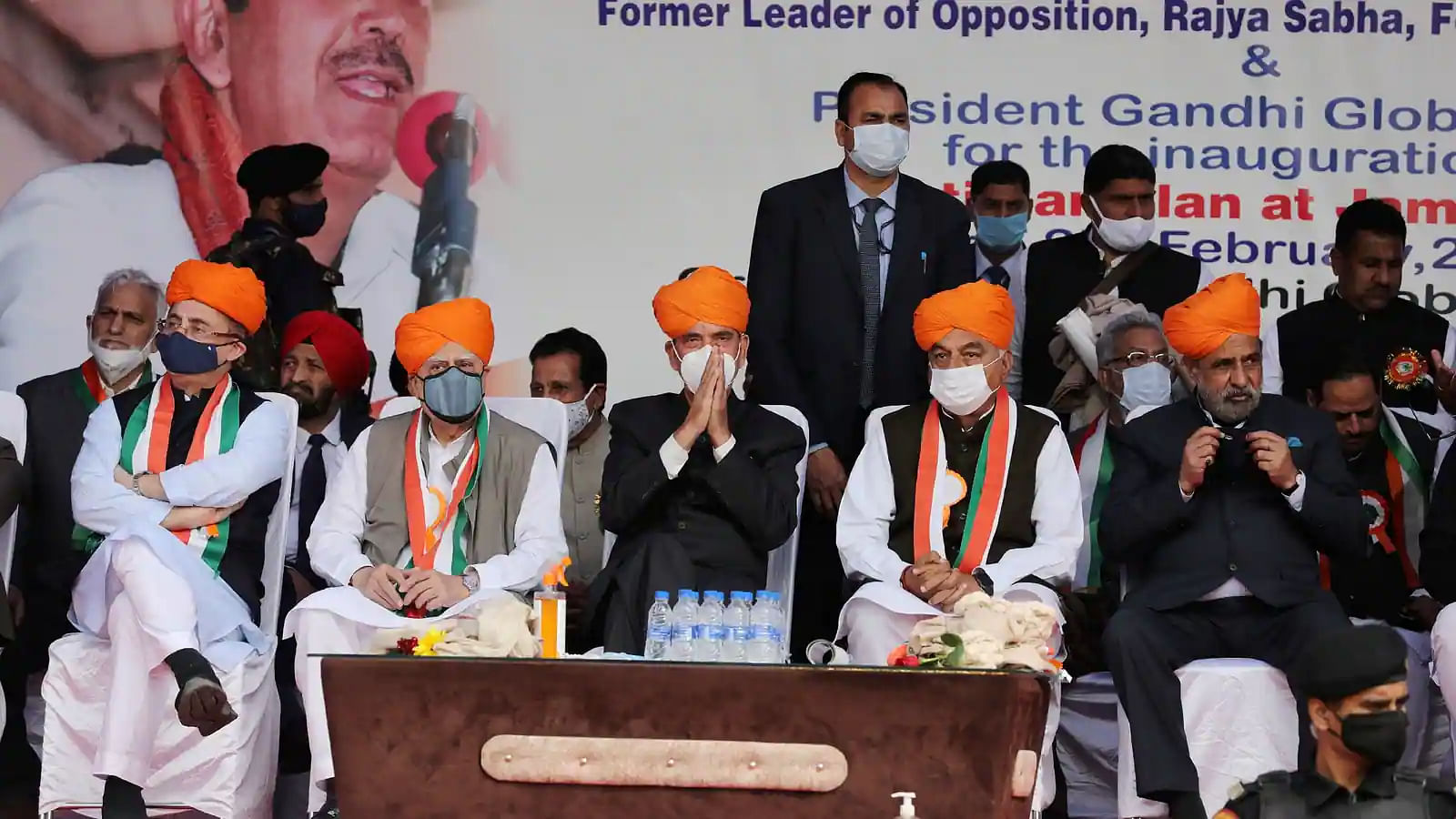