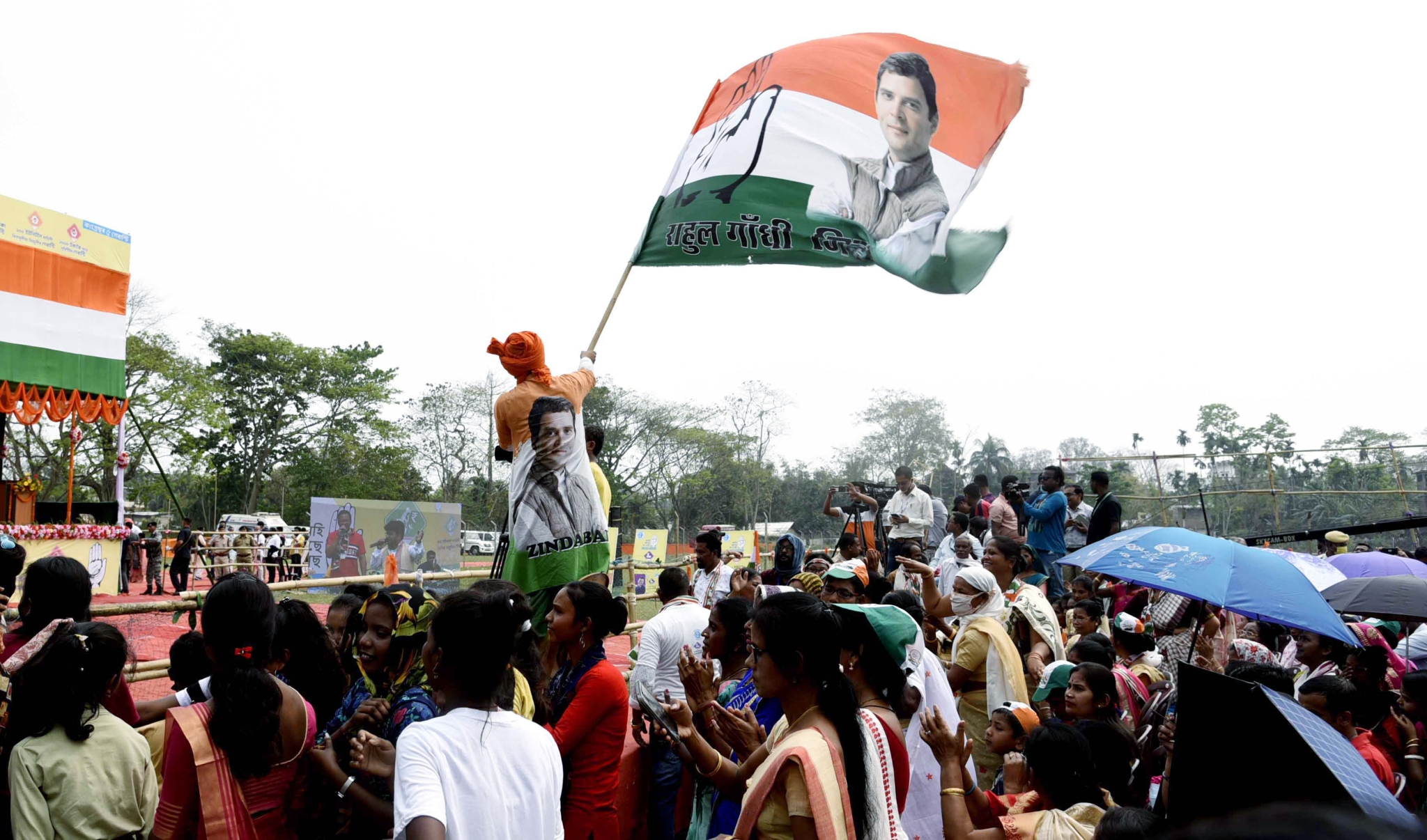 Ahmedabad: Returning to basics, the Congress high command has named an OBC Kshatriya, Jagdish Thakor, and a tribal leader and sitting legislator Sukhram Rathwa, as new Gujarat president and Leader of Opposition, in a decision that seeks to reclaim its lost electoral territories.

During its heyday, the Congress had won a still unbroken record of 149 out of 182 seats in the Gujarat assembly in 1985 riding on its KHAM (Kshatriya, Harijan, Adivasi, Muslim) formula.

The party has decided on Thakor, 64, as the State president for being a strong grassroots level OBC Kshatriya leader and Rathwa, 60, as Leader of Opposition for his status in the tribal region of central Gujarat. Rathwa defeated a sitting BJP MLA from the Pavi-Jetpur constituency from the tribal district of Chhotaudepur. Both are dyed-in-the-wool senior Congress leaders.

The incumbent party chief Amit Chavda and leader of opposition Paresh Dhanani had resigned the third time after the party’s debacle in the local body elections in March this year.

Earlier, they had put in their papers after the 2017 assembly and 2019 Lok Sabha elections but were continued. The party was getting increasingly decimated in Gujarat soon after an impressive performance in the 2017 Assembly elections. It had won 77 seats and is now reduced to 65 with the rest of the legislators having joined the BJP.

Thakor, who won the Lok Sabha elections from North Gujarat in 2009, is known to have a clean reputation and a grassroots leader with good grip over the OBC Kshatriya communities in the State.

When contacted, political analyst Vidyut Joshi said, “This is a good decision of the leadership to drop all elitist leaders and bring in these low profile leaders. Jagdish Thakor is a grassroots leader and an organisation man. He was sidelined after the party inducted Alpesh Thakor, who eventually deserted them to join the BJP.”

Similarly, “Sukhram Rathwa also comes from the ranks. The Congress party is essentially returning to its solid KHAM (Kshatriya, Harijan, Adivasi, Muslim) combination and these two, I am sure, would be able to make a difference.”

Reacting to the development, Jagdish Thakor said, “The formal announcement will be made by the party leadership, but I will pursue the responsibility given to me with a missionary zeal.”

He added that, “We have to fight against the climate of fear and suspicion created by the BJP in Gujarat and the country by muzzling all democratic voices.”

When contacted, outgoing leader of opposition Paresh Dhanani welcomed the move and said, “Thakor and Rathwa are excellent choices and the Congress party would give a tough fight to the BJP in the 2022 elections. Our mission is to end the misrule of the BJP.”