Addressing an election meeting at Gumla airport near Ranchi, Modi alleged the Congress had made Ram temple a political issue.
Law Kumar Mishra 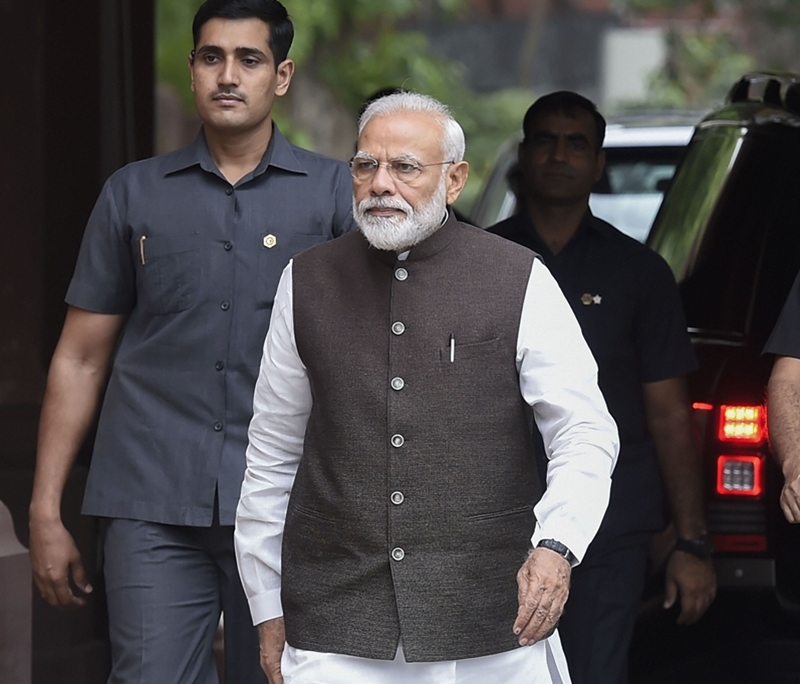 Addressing an election meeting at Gumla airport near Ranchi, Modi alleged the Congress had made Ram temple a political issue. The PM invoked Ram to seek votes of tribals of the state and recalled Gumla was the birth place of Hanuman, a true follower of Ram.

Ram was born as Prince of Ayodhya, he spent 14 years with the tribals during his vanwas. He spent few days at Gumla too, Modi said and told the tribals, Ram could become Maryada Purushotam only due to the association of the tribals.

He said sacrifices of Birsa Munda and other freedom fighters of Jharkhand inspired him to take bold decisions. He said during the five years of BJP rule at the Centre, many states have tribals as Governors and Lt Governors.

He promised to build a modern giant museum of Birsa Munda at Ranchi. Tribals have a strong nationalism in their blood, he said and recalled martyrdom of tribal soldiers at Pulwama and in Naxalite-affected areas.