Security bunkers, which were removed between 2011 and 2014 following the overall improvement in the security situation across Kashmir, manned by the central armed paramilitary forces (CAPF) are being set up in many areas of Srinagar.
PTI 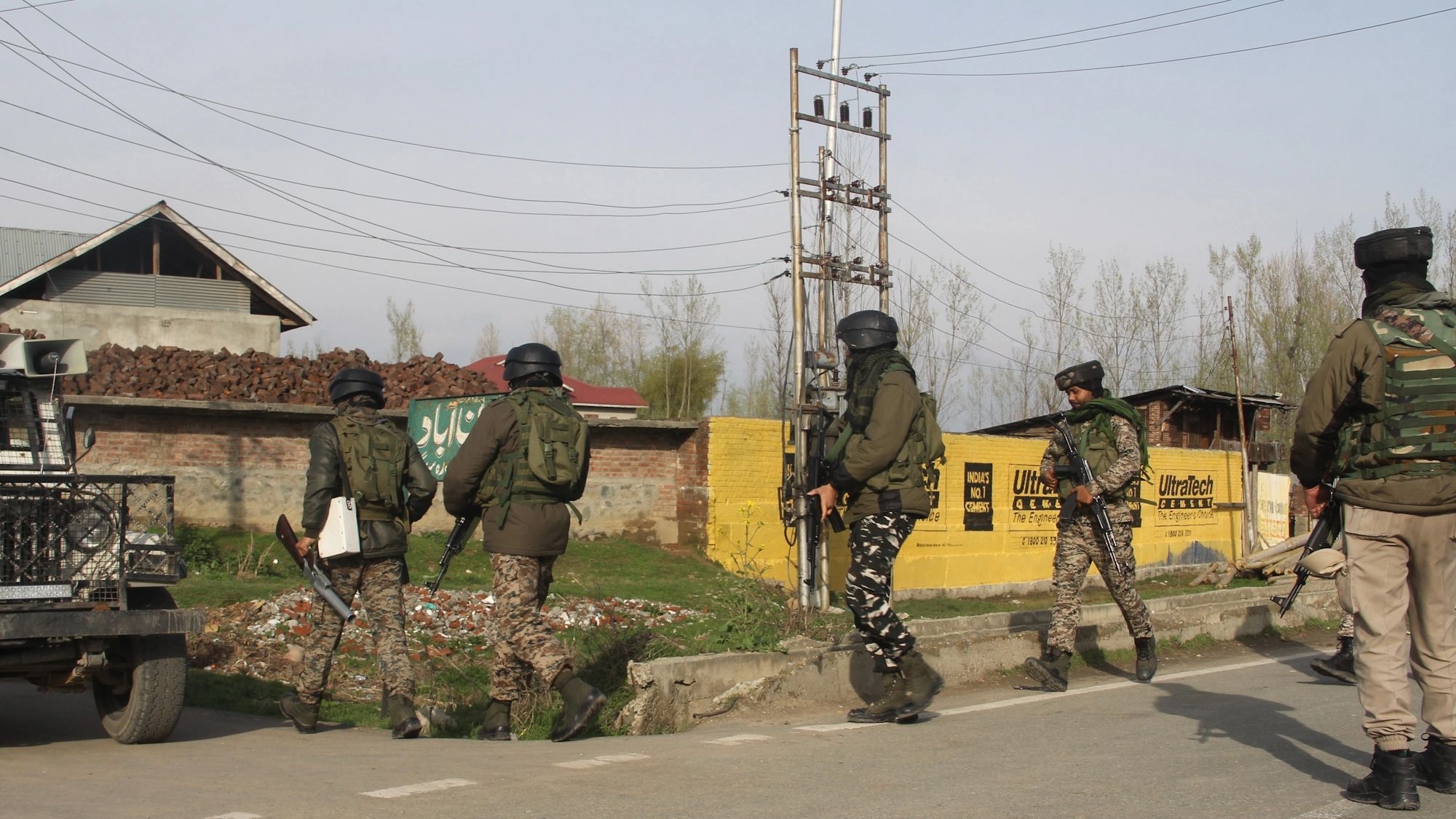 Srinagar: Following the recent targeted killings in Kashmir, security bunkers are making a coming back on the city roads after nearly eight years and more paramilitary personnel are being deployed in the Union territory over the past two weeks.

Security bunkers, which were removed between 2011 and 2014 following the overall improvement in the security situation across Kashmir, manned by the central armed paramilitary forces (CAPF) are being set up in many areas of Srinagar. Sources said constructing new bunkers and putting more personnel on the ground is being done to cut the free movement of militants.

"The terrorists have shown that they are moving from one area to another within no time after committing terror crimes. It can only be checked by area domination and cutting the free movement," they said.

Official sources said 50 companies of additional paramilitary forces are being inducted into the Valley to shore up the security apparatus, especially in Srinagar, in the wake of the civilian killings.

In 2010, more than 50 security pickets and bunkers were removed in Srinagar on the recommendations made by an all-party delegation visiting Kashmir in that year. Similar recommendations were also made by a team of interlocutors appointed by the Centre in 2010. The team was headed by veteran journalist Dilip Padgaonkar and professor Radha Kumar and former information commissioner M M Ansari were its members.

The situation had improved to such an extent that the then Union home minister P Chidambaram was believed to be favourably disposed towards repealing the Armed Forces Special Powers Act (AFSPA) from Jammu and Kashmir in a phased manner.

However, this time new bunkers have come up at places where no such thing existed even at the peak of militancy in the valley in the 1990s.

Two such bunkers have come up on Barzulla bridge on the airport road in Srinagar. Police officials, however, did not comment on the new steps taken in the valley. Police have also snapped internet in parts of Srinagar and in a couple of areas in south Kashmir, and launched a drive against two-wheelers in the city.

Seizing some bikes and shutting down of internet of some towers is purely related to #terror #violences. It has nothing to do with visit of the Hon’ble HM: IGP Kashmir@JmuKmrPolice

IGP, Kashmir zone, Vijay Kumar had said these steps were purely related to terror violence. "Seizing some bikes and shutting down of internet of some towers is purely related to #terror #violence. It has nothing to do with visit of the Hon'ble HM," he tweeted on Thursday.

The internet services on a dozen towers -- mostly in the areas where non-local labourers were killed in the last week -- were snapped three days ago while police have started stringent checking of documents of two-wheelers plying on the roads. Nine civilians -- including five non-local labourers and three minority community members -- were killed by militants during the month of October. 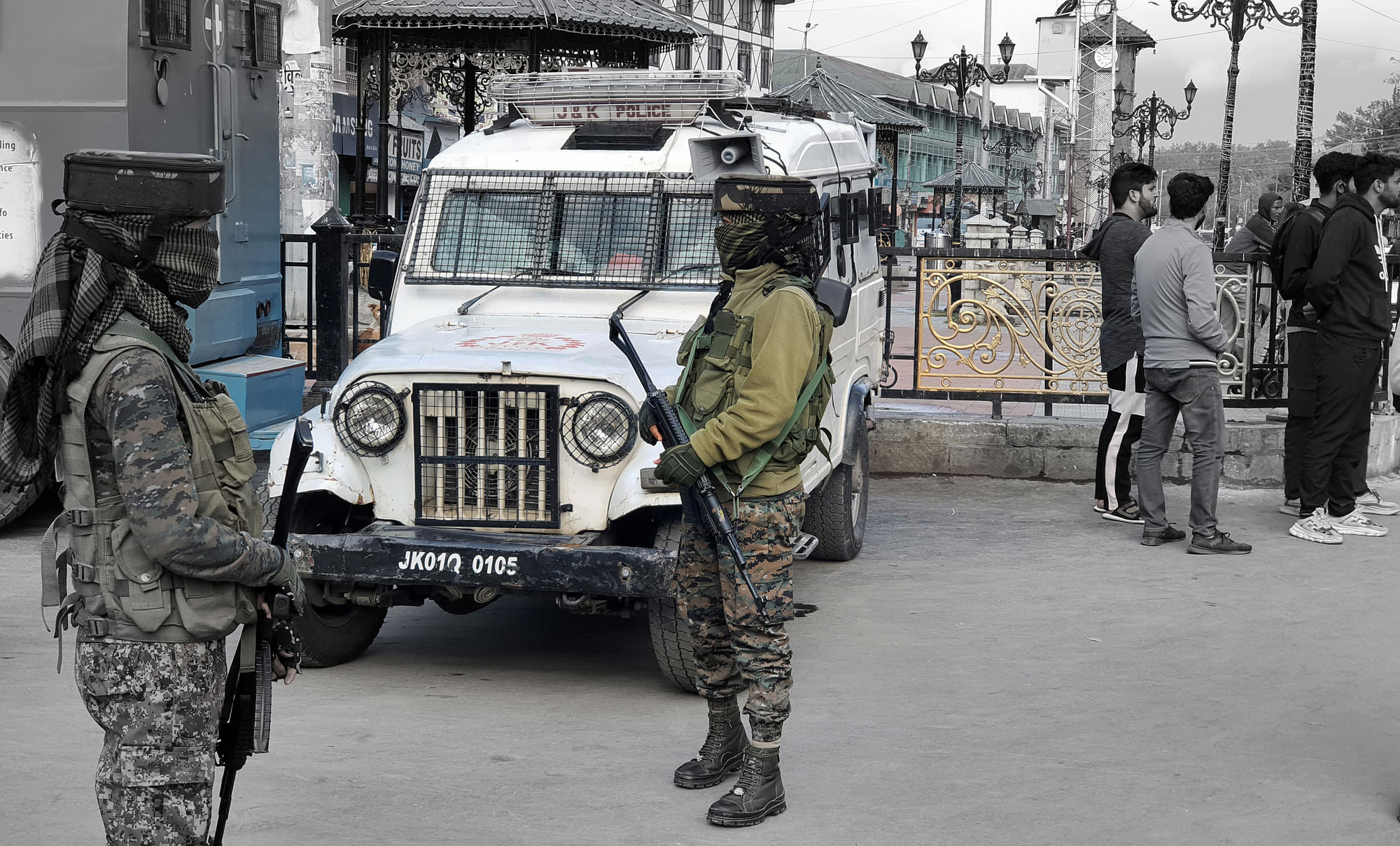