Addressing a crowded press conference later, Paswan said, during the formation of the party, his father, late Ram Vilas Paswan, had stated the conditions for electing the LJP President. He also said that the 9 leaders who elected Paras as the party chief has been suspended, "which is illegal", he added. "LJP's national president is elected by the party's national executive which has around 75 members", Paswan said.

He informed that he reached out to EC, clarifying the party's stand on the 5 MP's no longer being the part of LPJ. "I have affidavits of the party's state presidents, who have reposed faith in my leadership", he added.

Affirming faith in the Election Commission, Chirag Paswan said he would not hesitate to knock the doors of Supreme Court to save the party.

"The party was formed by my father and I can't see it breaking like this. I am prepared for a long battle. I the son of a lion and I am not scared. I am the LJP president", he said.

Rebel Lok Janshakti Party MP Pashupati Kumar Paras appeared to have scored a point on Thursday when he was unanimously elected as the new national president even as the faction headed by his cornered nephew Chirag Paswan dug in its heels and vowed to teach the “traitors" a lesson. Paras was declared elected unopposed after no other candidate filed his nomination papers for the top post in the party which has been in turmoil since the Hajipur MP pulled off a stunning political coup earlier this week, catching Chirag off guard.

Earlier this week, Chirag Paswan was removed from the post of LJP national president after Paras called an emergency meeting of the party's national working committee. The decision was taken at a meeting of five LJP MPs at the residence of Pashupati Kumar Paras in Delhi. 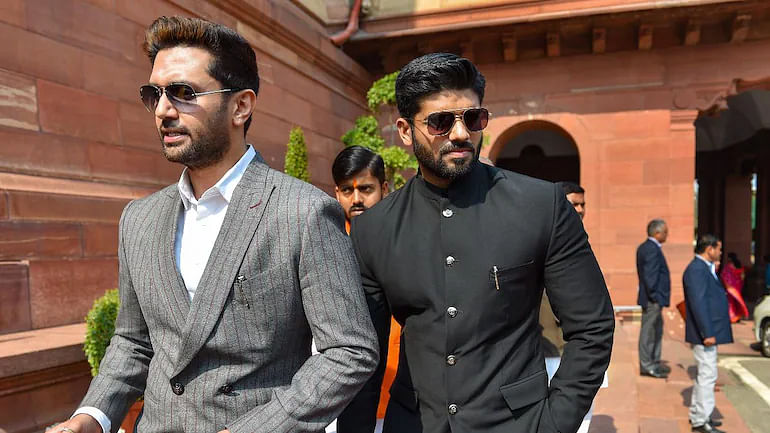