The SP has received some serious injuries, as he was brought on a wheelchair in the Hospital, said Rajesh Agarwal, senior journalist Bilaspur.

As per the information received, Superintendent of Police Trilok Bansal, his wife Sweta Bansal, Divisional Forest Officer (DFO) Sanjay Tripathi, and forest department workers have gone to watch the movement of wild elephants in the jungles of Amaru, Pendra Range of the district GPM on Wednesday, were attacked by the herd of wild elephants.

"The forest officials were continuously receiving information of the presence of a herd of wild elephants in the area, thus to track the movement of the wild jumbos, the officers' team reached in the area," said a local reporter.

Unfortunately, when the officers’ team was closely watching the movement, a herd of wild jumbos berserk with the presence of villagers and attacked the villagers and officer's team in the village close to the jungle, he added.

In the incident, the SP Trilok Bansal, his wife, and four forest department workers received injuries, informed a forest official.

DFO Sanjay Tripathi said to the media, after the incident, all the injured were first admitted to the nearby government hospital, then the SP and his wife were shifted to Bilaspur’s Apollo Hospital for further treatment.

The SP has received some serious injuries, as he was brought on a wheelchair in the Hospital, said Rajesh Agarwal, senior journalist Bilaspur. However, the actual reason for the attack was not officially declared yet, the journalist said.

"If mining operations are continuously allowed in forest areas, destroying wild animal sanctuaries, then definitely such man-elephant conflicts will be soared up, and the present incident is an outcome of government mindless policies," said Alok Shukla, convener of Chhattisgarh Bachao Andolan. 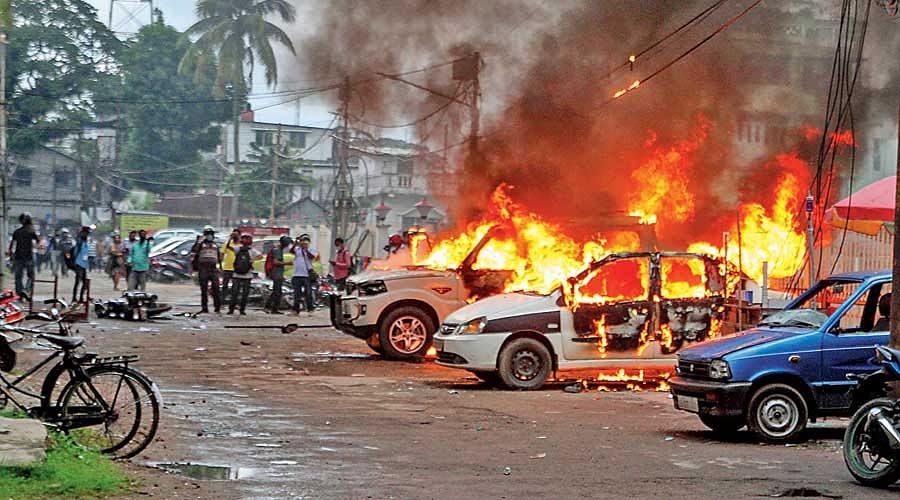