Regarding the freezing of the project, Chief Minister Bhupesh Baghel tweeted it on social media on Thursday.

“Our citizens-our priority. Some projects were initiated ahead of covid19 times including new assembly building, Rajbhavan, CM House, new circuit house and residences of ministers and officers. In the times of crisis, these projects are stopped immediately,” CM Baghel tweeted.

In tandem to the CM's tweet Chhattisgarh Public Works Department also issued orders for halting of all the under progress major projects of Nava Raipur with immediate effect. Altogether these building projects are worth several hundred crores. Vikas Upadhyay, parliamentary secretary of PWD wrote a letter to BJP president JP Nadda reminding him of his letter sent to Congress president Sonia Gandhi in which Nadda had claimed that the grand old party was opposing the Central Vista project while it is moving ahead with new assembly building in Chhattisgarh.

Upadhyay informed him about CG government’s decisions and said that Rs 20,000 cr will be saved from the action and will be invested in covid19 vaccination and fight against the pandemic.

I hope Centre will also follow the decision, and will stop the Central Vista project, Vikash said. He also asked BJP veteran Brijmohan Agarwal to convince the central government to stop the controversial vista project.

While the BJP called it a strategy of one step forward and two steps backwards.

BJP spokesperson Sanjay Shrivastava slammed the Baghel government for the ‘political move’ saying the state government has secured Rs 50,000 cr loans in 2.5 years and its financial situation is dismal. It’s like walking one step forward and two step backwards. The Centre is working on a long term vision with a planned approach, so the state government should not question others if it is facing financial hardships and stops projects.

If they had financial constraints why they started these projects in the first place, the BJP spokesperson questioned. Congress party is full of contradictions and there won’t be any surprise if they (state govt) backtrack in future and say that they are restarting these stalled projects, he added.

Central Vista is an ambitious project of the Narendra Modi government, aiming to redevelop a 3.2 km stretch, called the Central Vista based in the heart of Lutyens Delhi, built by Britishers in 1930s. Several opposition leaders and environmentalists are opposing the projects.

However, on the whole issue, Dr. Raman Singh who is also BJP’s National Vice-President did not make any further tweet in the context of Baghel government decision yet. 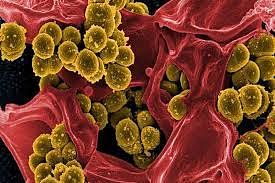