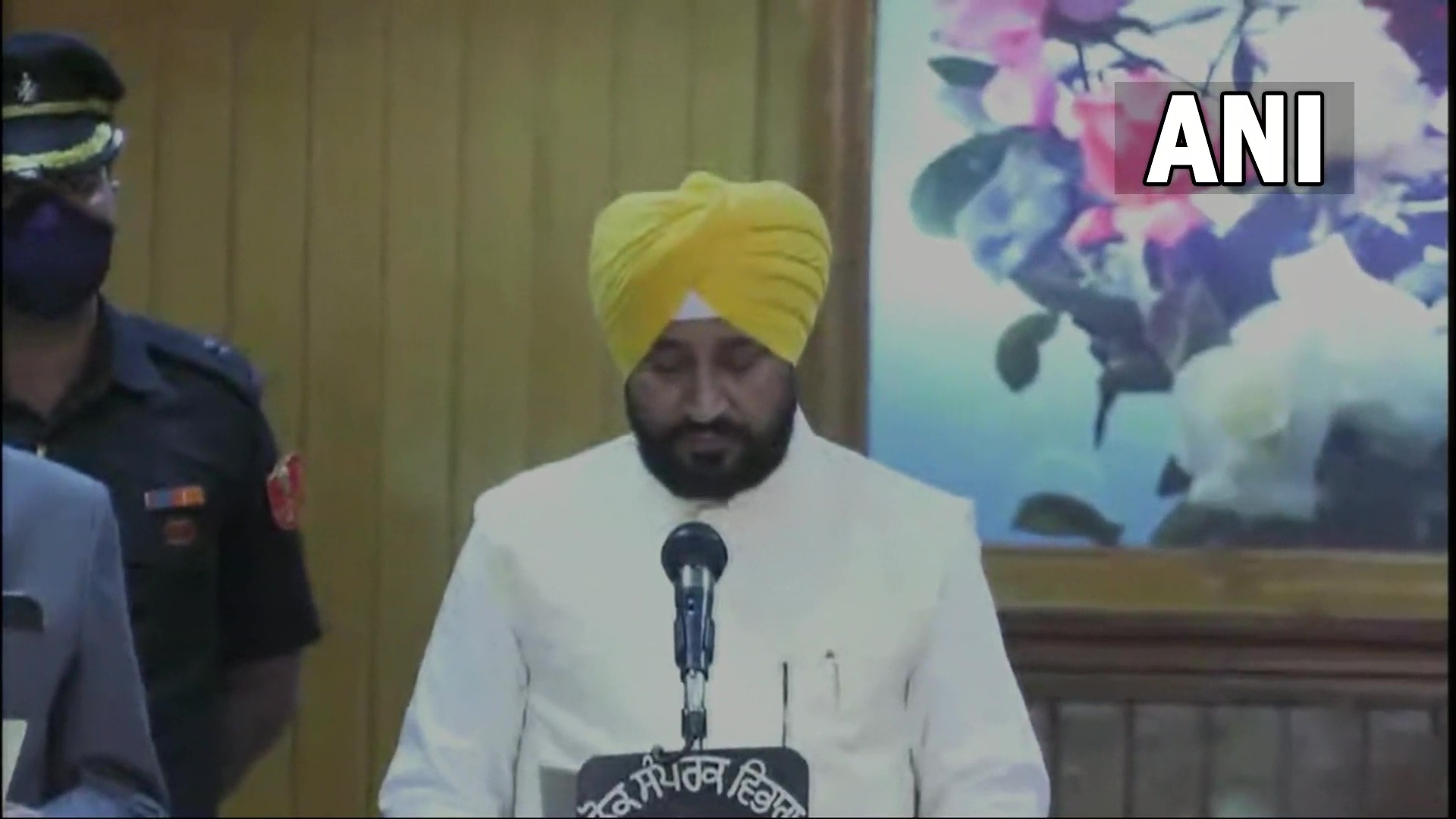 Charanjit Singh Channi on Monday morning took oath as the Chief Minister of Punjab - the first Dalit leader to be appointed to the position. The ceremony was attended by several top leaders including Congress MP Rahul Gandhi. Punjab Governor Banwarilal Purohit also administered the oath of office to several other Congress leaders. Alongside Channi, fellow party leaders Sukhjinder S Randhawa and OP Soni took oath as new Ministers in the Punjab government.

Earlier today, party leader AICC treasurer Pawan Kumar Bansal had indicated that Sukhjinder Randhawa and Brahm Mohindra would serve as his deputies. Prior to his arrival at the Raj Bhavan, Channi met with state party in-charge Harish Rawat. The new CM is also slated to meet with his predecessor after the oath taking ceremony.

With less than a year left to go before Assembly elections, there has been quite the upheaval within the party's ranks in recent months. Captain Amarinder Singh on Saturday submitted his resignation following months of infighting between him and Punjab Pradesh Congress Committee chief Navjot Singh Sidhu. It must be noted that several Congress leaders and Punjab ministers had also called for a change of guard in recent months. Singh on Saturday contended that he had been "humiliated thrice" by the party leadership. The Congress, he had insisted was free to "appoint whoever they trust" to the Chief Ministerial post.

"I was humiliated three times by the Congress leadership in the past two months...they called the MLAs to Delhi twice and now convened CLP in Chandigarh today," he had said. The Congress high command, he had added, did not seem to have confidence in him and did not think he could "handle his job".