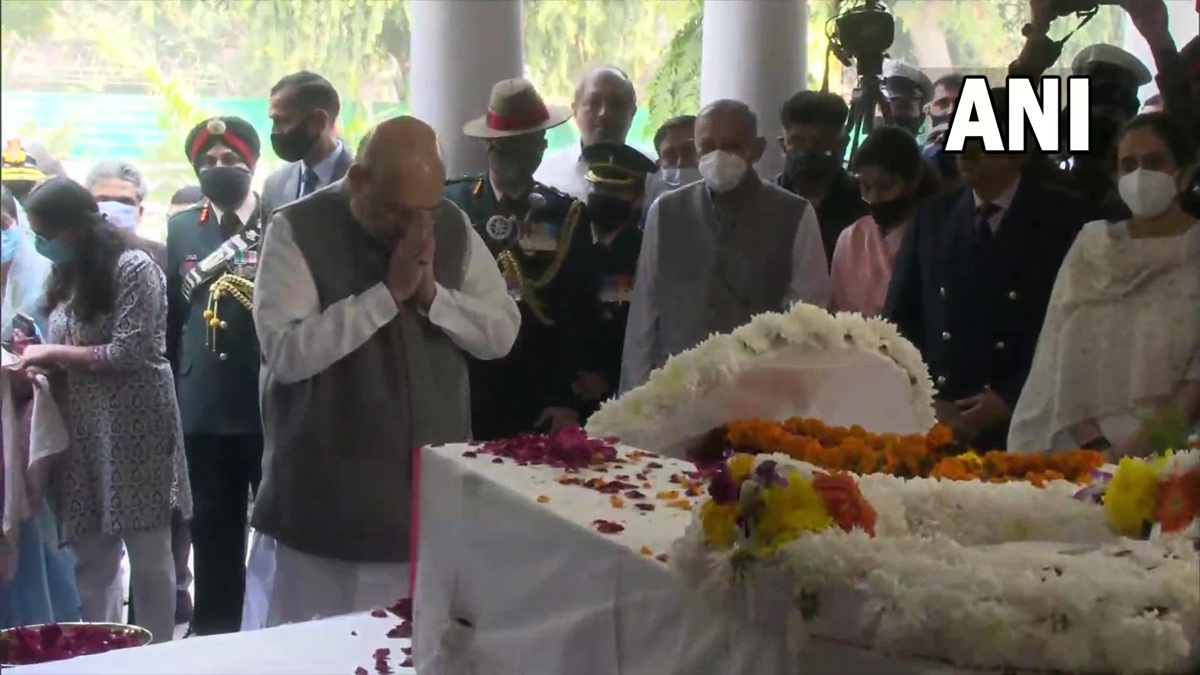 Home Minister Amit Shah on Friday laid wreaths on the mortal remains of Chief of Defence Staff General Bipin Rawat and his wife Madhulika Rawat, who were among the 13 killed in the military chopper crash in Tamil Nadu.

Uttarakhand Chief Minister Pushkar Singh Dhami, BJP leader Ravi Shankar Prasad and British Ambassador to India Alexander Ellis was among the other leaders who paid their last respects to Gen Rawat and his wife.

5/11 Gorkha Rifles are looking after all the arrangements of the last rites of General Rawat who was commissioned in the unit and also went ahead to command it.

The last rites of General Rawat will be performed later in the day with full military honours. The funeral procession will start from Kamraj Marg and reach Brar Square crematorium in Delhi Cantonment.

According to ANI, the last rites of Chief of Defence Staff (CDS) General Bipin Rawat and his wife Madhulika Rawat will be held today around 5 pm. The last rites of Gen Rawat will be performed with full military honours. The funeral procession will start from Kamraj Marg after 2 PM and reach Brar Square crematorium.

The slot between 12:30 pm and 1:30 pm will be kept for military personnel to pay their respects to the outstanding commander and his wife.

Group Captain Varun Singh, who is the lone survivor from the crash, has been shifted to Air Force Command hospital at Bengaluru for further treatment.