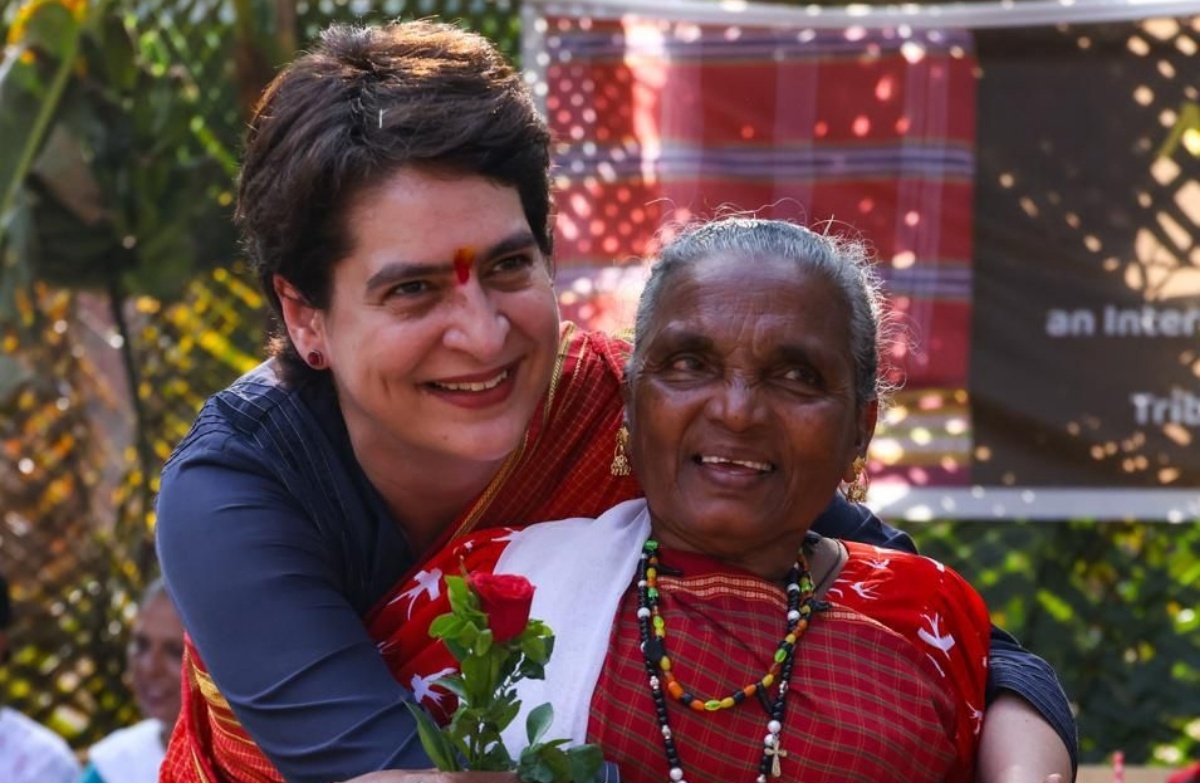 Priyanka Gandhi has always met people during her visits and connected with them to understand the problems, issues faced by them.

The Congress general secretary reached Goa today afternoon, where she will be launching the poll campaign today, ahead of Assembly elections slated for next year.

According to ANI sources in the party, the Congress leader will be addressing a public meeting and will interact with various groups.

Smt. @priyankagandhi carrying forward Congress' legacy of being connected with the people.

Sources have provided details of her itinerary which include a visit to Assolna where she will lay a wreath at the Martyrs' Memorial, interaction and lunch with tribal women at Morpirla in Quepem taluka, and interaction with 'Amchem Mollem' student activists at MCC hall, Margao.

She promised 30 per cent reservation in jobs for women if her party is voted to power in the upcoming assembly polls in Goa and asked people to be aware of new parties coming in the state from "outside" in an apparent dig at the AAP. Gandhi also criticised the Aam Aadmi Party (AAP), which is seeking to play a major role in Goa's electoral politics, holding it responsible for the air pollution in the national capital where the Arvind Kejriwal-led outfit is in power.

She also assured to solve issues like water scarcity and unemployment in Goa, where assembly polls are due in early 2022.

Notably, former Goa chief minister Luizinho Faleiro had quit Congress in September this year and later joined the Mamata Banerjee-led Trinamool Congress. In another jolt to the party ahead of Goa Assembly polls, party MLA and former chief minister Ravi Naik tendered his resignation from the state Assembly earlier this week.