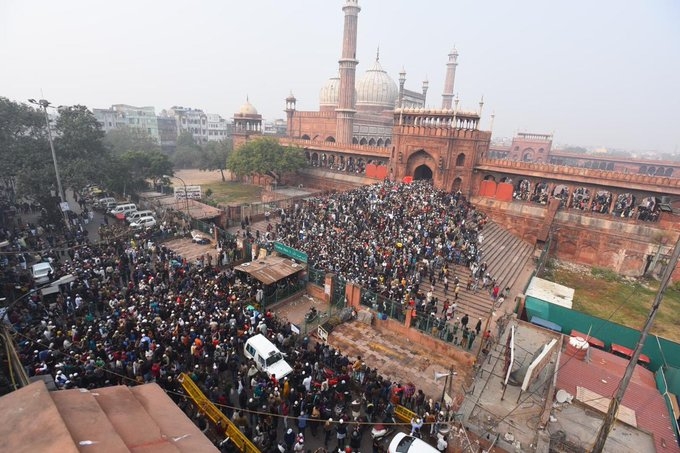 New Delhi: Jama Masjid in the walled Old Delhi was a scene of peaceful protests and a march to Jantar Mantar after the Friday prayers with slogans against the Citizenship Amendment Act (CAA) and the National Register of Citizens (NRC) and many waving the national flag as people enroute showered flowers from the nearby buildings.

Prohibitory orders under Section 144 and heavy Police deployment did not deter the protesters to campaign against the law that has triggered nationwide agitations. The protests in the capital going on since past eight days that started from the Jamia Millia Islamia University on December 13. Police keeping watch using two drones.

At least four Metro stations around the iconic mosque were shut down, first Jama Masjid, Chawri Bazar and Lal Quila ones and later Delhi Gate when the marchers broke the police cordon and continue towards the Jantar Mantar.

The protests were not as large as on Thursday on the call by the Left parties when as many as 20 metro stations were shut down and the protesters held demonstrations first at the Mandi House and later at Jantar Mantar defying the prohibitory orders.

There were smaller protests at many places in the capital most around the mosques where the people gathered to discuss the contentious CAA and NRC.

Police detained Bhim Army chief Chandrashekhar Azad, who turned up at Jama Masjid for the march to Jantar Mantar despite denial of permission. He was removed as he started addressing a small gathering. He, however, slipped from the police clutches at Jama Masjid, only to be nabbed again when the march reached Daryaganj.

Police stopped exits of the Jama Masjid for a while to prevent the worshippers join the protest march but it gave up in the face of the surge of the crowds. Even the para-military personnel were deployed to handle the marchers, short of detaining them. Traffic in Old Delhi was hit by the march.

Police held a flag march near Jama Masjid in the morning and its officers interacted with the residents to seek cooperation. Police also checked identity of every person entering the mosque and took photographs of those not carrying an ID card.

Delhi Mahila Congress chief Sharmistha, daughter of former President Pranab Mukherjee, was detained along with many other protesters for trying to hold a demonstration outside the residence of Home Minister Amit Shah.

There were demonstrations outside the Jamia Millia Islamia by the locals and the university students and teachers even while a 7-member team of the National Human Rights Commission was in the university campus to inspect the library and other places allegedly ransacked by police on Sunday. The locals formed lines on both sides of roads to create passage for the vehicles. 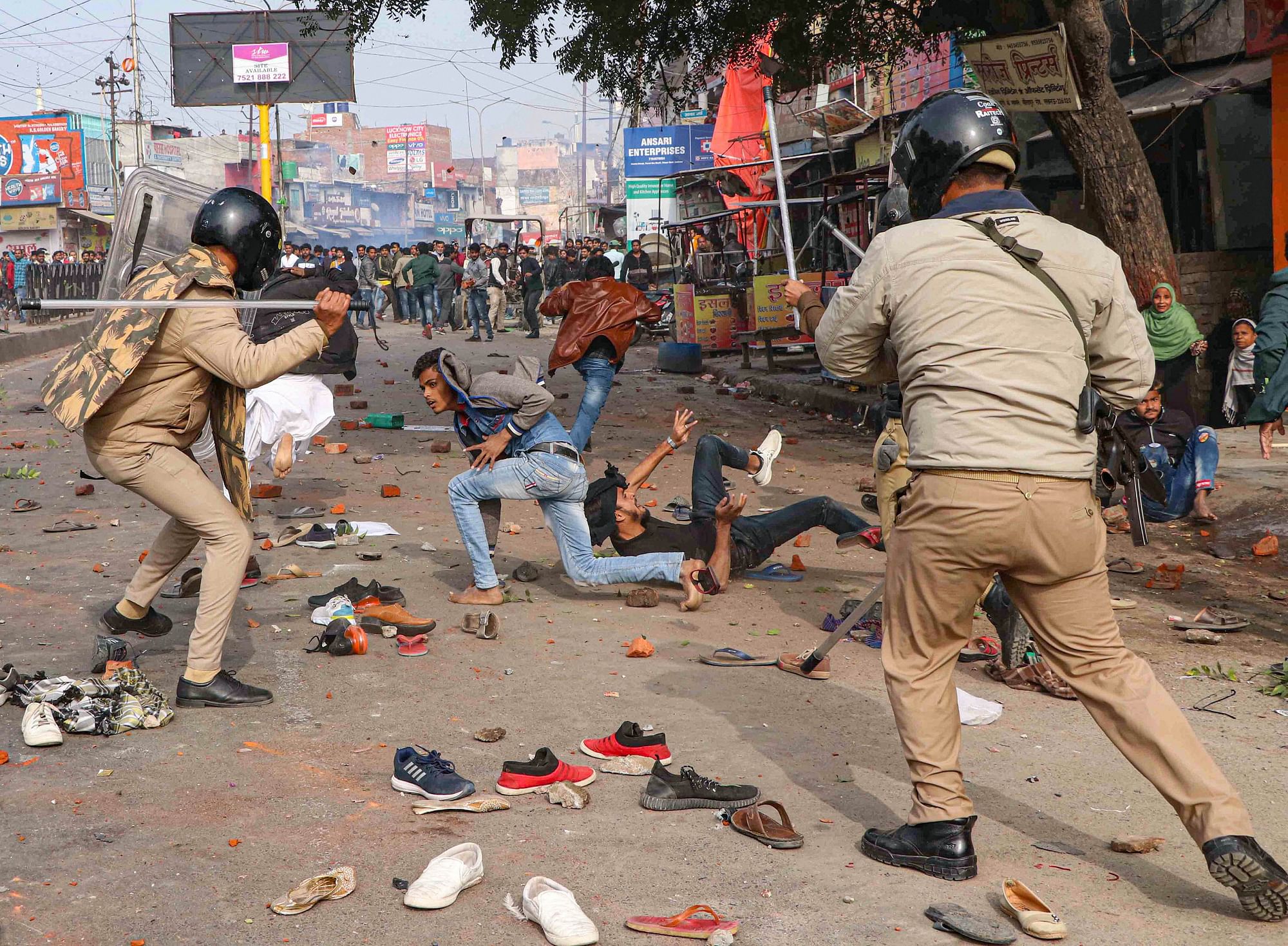