Protests have intensified in several parts of the country after the Parliament gave the nod to the Citizenship (Amendment) Bill, 2019, which became an Act after getting assent from President Ram Nath Kovind. The Act grants Indian citizenship to Hindu, Christian, Sikh, Buddhist and Parsi refugees fleeing religious persecution from Pakistan, Afghanistan, and Bangladesh.
FPJ Web Desk 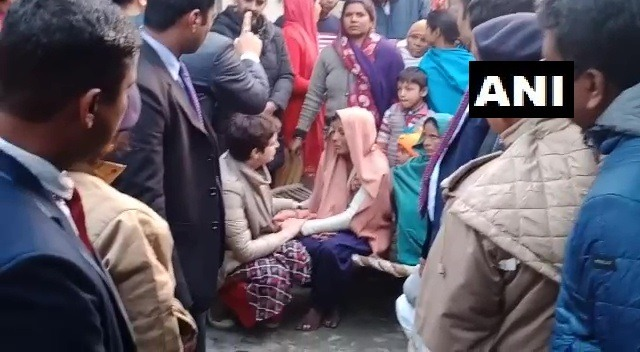 The two girls, who hail from Kerala, had become the face of Delhi's Jamia Millia Islamia University's protests against the Citizenship (Amendment) Act (CAA).

'I am very disappointed, they have lost the narrative', says former Union Minister Salman Khurshid on BJP's campaign over CAA

Former Union Minister and senior Congress leader Salman Khurshid on Saturday said that the BJP has "lost the narrative" over the Citizenship (Amendment) Act, 2019.

Amid the nationwide protests against the newly-enacted law, the BJP has decided to launch a massive communication campaign to allay the public fears and apprehensions over the Citizenship Act. As part of this, the party will reach out to over three crore families, organise press conferences at over 250 places in the next 10 days, BJP general secretary Bhupender Yadav had said.

Khurshid told ANI, "I am very disappointed... Their job is very tough, it is very difficult, and 250 is not going to do it. If they want my advice, it should be 2000. They have lost the narrative. Here are people saying India united, India won, India as a secular nation... The challenge to the BJP is that we will not allow the idea of India to be dissipated. They will need a million press conferences and it will not make a difference."

Congress leader Ramesh Chennithala on Saturday led a protest here, which was attended by a large number of people, against the Citizenship (Amendment) Act, 2019.

"Inaugurated the protest against unconstitutional CAA at Malappuram. Protests were held in all districts led by senior Congress leaders. Huge turnout at these rallies are reflective of the intense wrath among people against the divisive politics of Modi-Shah. #IndiaRejectsCAA_NRC," Chennithala tweeted.

Earlier, Chennithala said that the police firing and arrest of journalists in Mangaluru was a declaration of war on democracy and freedom of expression.

The fight against the new citizenship law is "not just the issue of Muslims" but concerns all Indians and there should be a sustained struggle against the legislation, AIMIM president Asaduddin Owaisi has claimed.

At a meeting organised by the United Muslim Action Committee, an umbrella body of various Muslim groups at Darussalam, the headquarters of AIMIM in the city, Owaisi asserted that Indian Muslims had chosen to remain India at the time of partition by rejecting "Jinnah's two-nation theory".

Narrow escape for Firozabad cop as bullet pierce through vest, gets stuck in wallet

A police constable in Uttar Pradesh's Firozabad had a narrow escape from death on Saturday after a bullet fired during a protest here pierced through his bulletproof vest and got stuck in his wallet.

Constable Vijendra Kumar says that he feels like he has been granted a second life.

"I was on duty in the Nalband area when some of the protestors opened fire at us. The bullet pierced my bullet vest and got stuck in the wallet that was kept in the pocket of my jacket. There were 4 ATM cards and some pictures of Shiv Ji and Sai Baba. It feels like this is my second life," Kumar said.

UP govt starts process to seize property of rioters

The Lucknow district magistrate Abhishek Prakash has set up a four-member panel that will assess damage to public and private property during the violence in anti-CAA protests.

The panel will identify the trouble makers and impose fine on them and if they fail to pay the amount, their properties will be confiscated.

This order is based on a 2010 Allahabad High Court verdict that allows the government to recover the losses from those who caused it.

The internet services which were snapped in Aligarh on December 15, in the wake of violent protests over the Amended Citizenship Act, were restored on Sunday.

Internet services were suspended on December 15 after major protests erupted in the region over the newly-enacted citizenship law.

Karnataka: Another FIR has been filed against Congress leader UT Khader, at Pandeshwar police station in Mangaluru. Complaint was filed by Bharatiya Janata Yuva Morcha leader Sandesh Kumar who alleged that Khader delivered an inciting speech on December 18.

Uttarakhand on high alert in view of protests against #CitizenshipAmendmentAct, leaves of all police personnel have been cancelled.

Lok Adhikar Manch,BJP, RSS and other organizations organize a rally in support of #CitizenshipAmendmentAct in Nagpur

Karnataka CM Yediyurappa announces Rs 10 lakh each as compensation to the families of the two people who died during protests in Mangaluru on December 19.

Curfew relaxed in Mangaluru till 6 pm today by district administration, Section 144 to remain in force.

'CAA is not against any Indian Muslim', says Nitin Gadkari

CAA is not against any Indian Muslim, it is only to grant citizenship to persecuted religious minorities of three neigbouring nations. I appeal to our Muslim brothers,see through this misinformation campaign of Congress, they only see you as a vote machine.

'Those inciting riots are sitting in the govt itself', says SP leader Akhilesh Yadav

Priyanka Gandhi meets the family of Anas, who died during protests in Bijnor, UP on 20th December

People hold placards during a protest at Dharavi, in Mumbai