BJP seeks support of independents to form government in Haryana 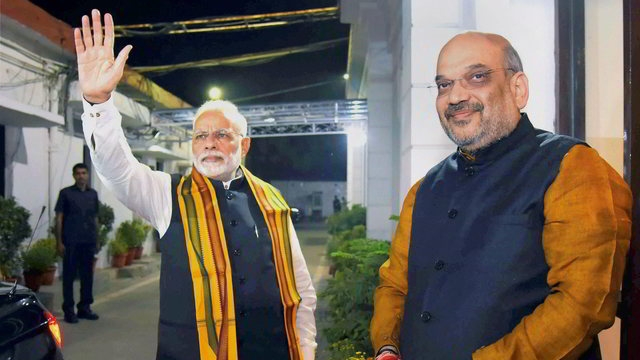 New Delhi: The Bharatiya Janata Party (BJP), which is six short of majority in Haryana, is likely to seek support of independents for formation of government while also keeping the communication channels open with the JJP, which has won 10 seats in the 90-member assembly.

The BJP finished with 40 seats, much less than its target of 75 seats and seven short of its 2014 tally.

A BJP leader said that while Jannayak Janata Party (JJP) could be an option, the party would talk to independents before exploring an alliance with the regional party.

"The way they operate is very different. It would be under dire circumstances that we would approach JJP. As far as I know, independents and INLD would suffice to form the government in the state," said a senior party leader on the condition of anyonimity.

INLD and Haryana Lokhit Congress have won one seat each in the results declared on Thursday while seven seats have gone to independents.

"Few independents have had prior links with BJP. I know two to three independents who were BJP workers and contested as independents because they were denied tickets," another senior BJP leader said.

While the BJP-Shiv Sena alliance won a comfortable majority in Maharashtra, the sense of jubilation was muted by the performance in Haryana where the BJP could not score an outright victory.

Sources in the BJP said the party will look into reasons for its below-expectation performance.

"A detailed dissection of the result will be done but only after forming the government," a senior leader stated.