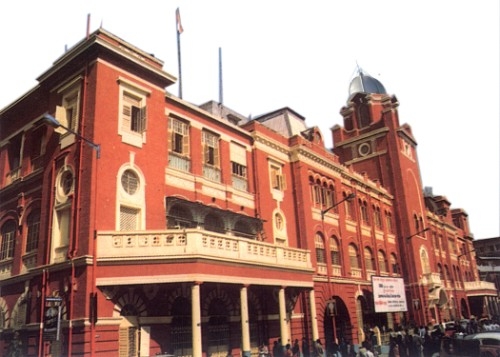 Kolkata: Two days before the last date of filing nomination for the upcoming Kolkata Municipal Corporation (KMC) polls, BJP on Monday declared their candidates list. The saffron camp this time has concentrated on young and traditional party workers.

Addressing a press conference, BJP West Bengal vice president Pratap Banerjee said that the candidates are selected based on their track record and support base.

“We have kept both old-timers and also several new faces. We have 48 young faces and 50 women candidates. There are school teachers, professors, doctors apart from an ex-colonel and five advocates in the candidates list. The party has chosen those who have a clean image,” said Pratap.

Notably, soon after the list was declared BJP leader Sajal Ghosh, who was arrested after the Assembly polls for allegedly commenting on women, was seen campaigning across his area.

It is pertinent to mention that a couple of days back West Bengal BJP chief Sukanta Majumdar had moved Calcutta High Court demanding all the civic polls be held together in a single phase.

Speaking on this issue, West Bengal BJP spokesperson Shamik Bhattacharya said that they would wait for the judiciary to take a call on the matter.

“We will go by whatever the judiciary decides. Boards of other municipal bodies have also expired. We have faith in the judiciary,” said Shamik.

The West Bengal BJP spokesperson also added that no turncoats will be given tickets in BJP.

“The selection of our candidates is done in a fair process. BJP doesn’t believe in family politics unlike other political parties. No celebrities are also given tickets to contest KMC polls,” claimed Shamik.

According to the poll analysts, taking a hint from the poll debacle in the Assembly polls, the saffron camp has decided to focus on traditional party workers.