Former Karnataka Chief Minister H D Kumaraswamy on Friday slammed the Bhartiya Janta Party for its detrimental intentions towards Karnataka with respect to Mekedatu reservoir as well as Cauvery river as the national party failed to formulate the Mekedatu Reservoir Project in Karnataka.

In a tweet he said, "Unfortunately the BJP government in the state, which is supposed to look into such issues, has been debilitated by internal squabbling". He questioned the party's intentions towards the state as it has he claimed that the ruling BJP has forgotten its responsibility.

"When the trouble-hit BJP has become so weak that it is finding it difficult to run the government, can any one expect commitment from it towards protection of the “Land, Water and Language” that form the core elements of the state?", he questioned.

"Both the national parties had failed to formulate the Mekedatu Reservoir Project in Karnataka. My government displayed the courage to make it a reality. But it is becoming impossible for the ruling BJP to retain the project", he said.

He further urged Tamil Nadu CM MK Stalin to join hands with him in order to make presence of southern states felt more, and that there is no benefit for both the states to indulge in friction over the Cauvery river water sharing issue.

"The present government at the Centre is behaving in a very aggressive manner with respect to the southern states, their languages and the culture. In such a situation, Karnataka and Tamil Nadu should not toe the path of disunity over the issue of Cauvery. Stalin should understand that it is the time for both the states to remain united for the protection of our pride", he added.

Kumaraswamy further added that there is no instance of Karnataka protecting its farmers by betraying Tamil Nadu farmers on releasing Cauvery water. He tweeted, "All farmers whether they are in Tamil Nadu or Karnataka are the same. They are children of the Mother Earth. They are our brothers".

"Let us put an end to the fight between the two states over Cauvery. Being southern Indians, we must realise that there is no need for us to fight among ourselves. The Cauvery issue has to be resolved through the spirit of brotherhood", he urged. 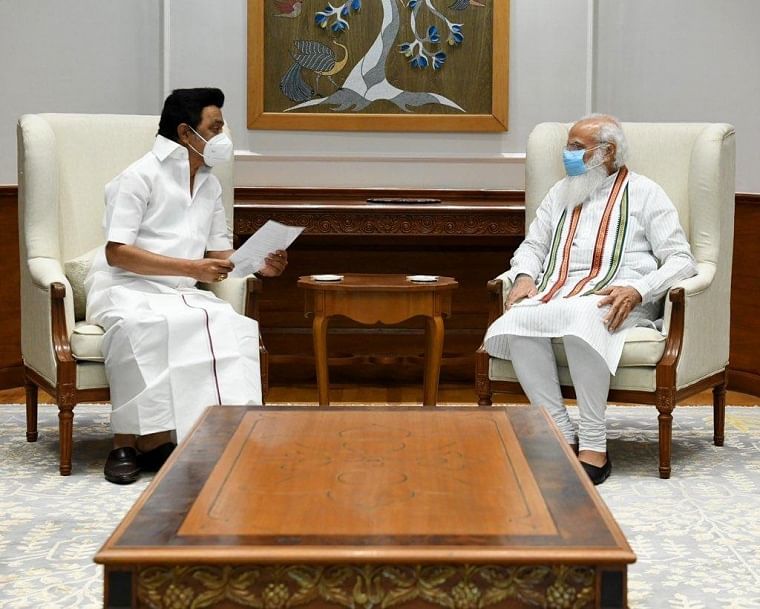 Visiting Rashtrapati Bhavan's Amrit Udyan? Here is all you need to know

8 reasons why you should head to Rashtrapati Bhavan's Amrit Udyan