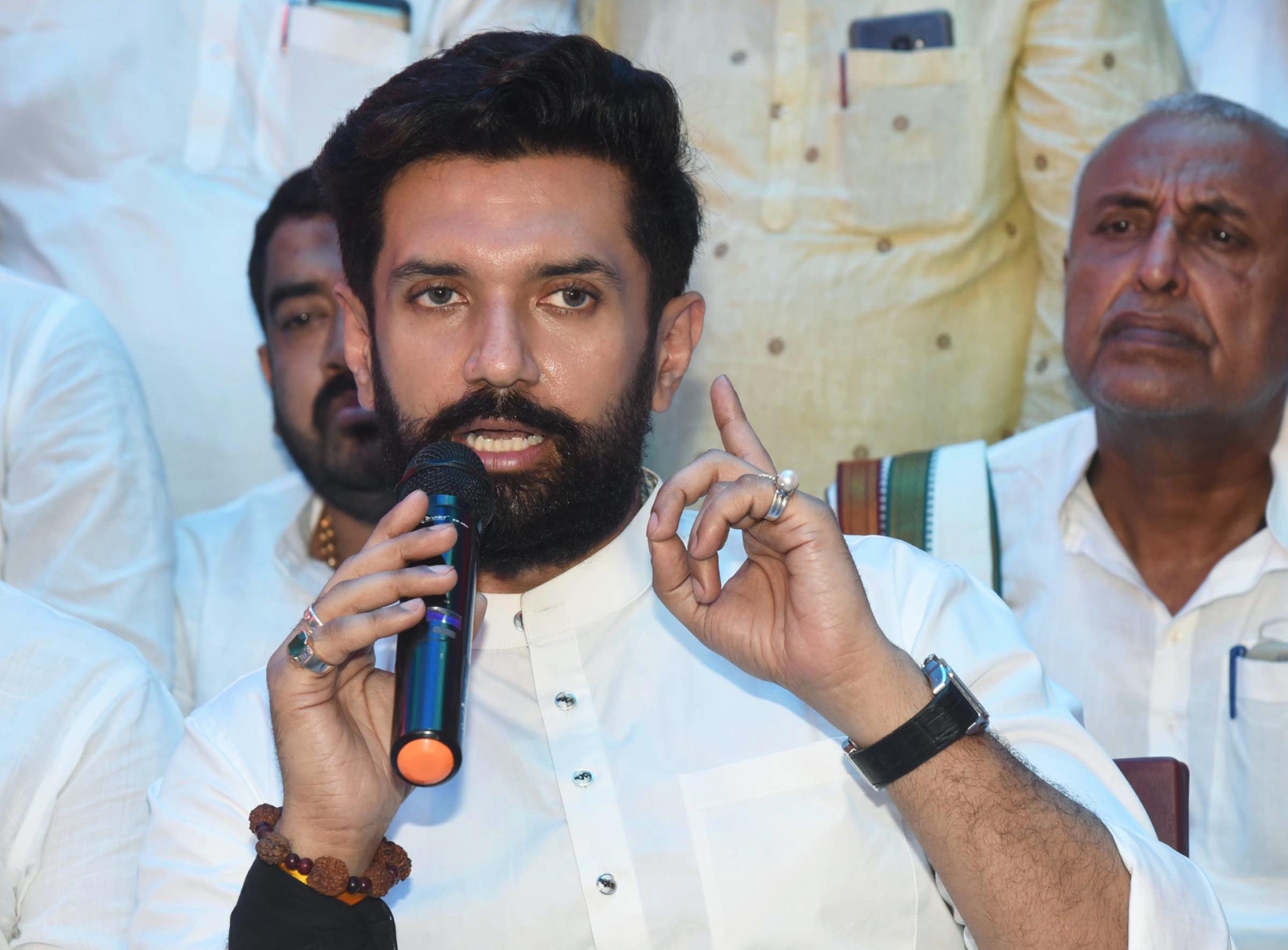 Patna (Bihar): Lok Janshakti Party (Ram Vilas) chief Chirag Paswan on Saturday said that he believes that there will be mid-term elections in Bihar and his party would be part of an alliance in the upcoming elections.

"I believe there will be mid-term elections in Bihar. We will fight the upcoming elections in an alliance. However, alliance partners will be announced before the elections only," said Paswan in a press conference here.

He also slammed Chief Minister Nitish Kumar over deaths in Bihar due to consumption of illicit liquor and accused higher officials in the state of being a part of the racket.

"The Chief Minister should answer why alcohol is still available to the public in Bihar. He won't answer this question because higher officials of the state are part of the racket and Nitish Kumar is known to run the government through his officials," he said.

In the 2020 Bihar Assembly polls, the Lok Janshakti Party (LJP), before breaking into two factions, fought the election without being in alliance with anyone. The LJP won only one seat in that election.

The NDA has secured a 125-seat majority in the 243-seat strong 2020 Bihar Legislative Assembly of which BJP won 74 seats, JD(U) bagged 43 while two other NDA constituents registered victories on eight seats. The RJD, on the other hand, emerged as the single-largest party with 75 seats while the Congress only won 19 of the 70 seats it had contested on.

The Pashupati Kumar Paras faction of the party has been allotted the name 'Rashtriya Lok Janshakti Party with 'sewing machine' as the election symbol by the EC.