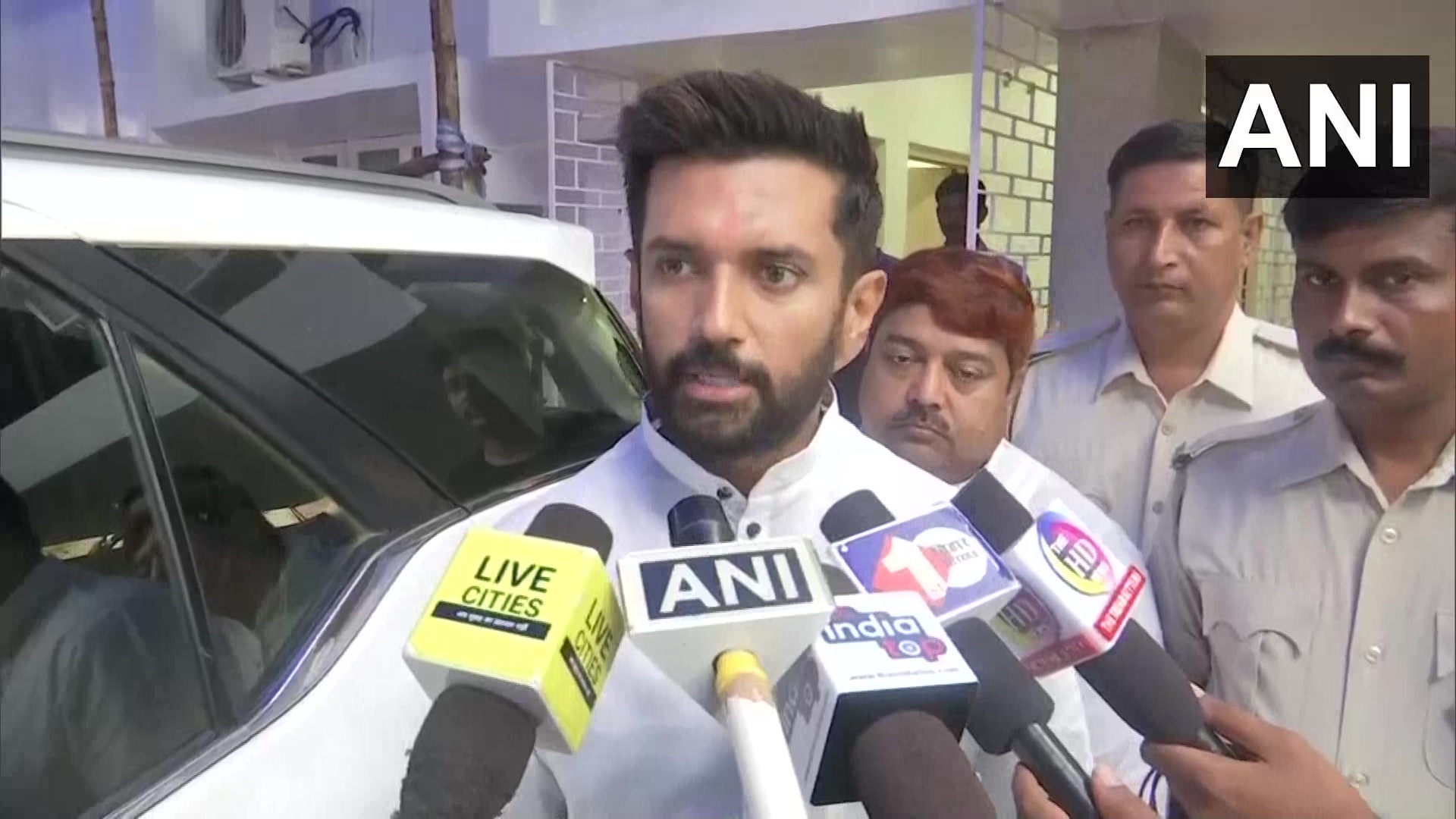 "I heard both sides in January but I'm not investigating authority to take any decision. I suggested, they should go to the police and report the incident & let the matter be probed. I'm still in favour of bringing the accused to justice," Chirag Paswan told news agency ANI.

Meanwhile, Lok Janshakti Party MP Prince Raj on Tuesday moved a Delhi court seeking protection from arrest in a rape case, alleging that the complainant was trying to extort money from him.

The anticipatory bail application is likely to come up for hearing before special judge M K Nagpal on Thursday. Raj, nephew of late Ram Vilas Paswan and cousin of Chirag Paswan, is a Member of Parliament from Samastipur in Bihar.

Prince, who is also the president of the Bihar unit of the party, was booked in the national capital on August 9 for allegedly raping a former party member. FIR was registered after the instructions of a Delhi court almost three months after the victim filed a complaint with the police in Delhi.

Raj met the victim for the first time in January 2020, who had also joined the party in 2019 as well. As per police, both met at the Western Court, Janpath, Delhi, where Raj allegedly sexually assaulted the victim after drugging her and made a video of the act and threatened her.

Raj then started visiting the victim's house regularly. Sensing the victim's efforts to get out of the forced relationship, he threatened her, the FIR copy stated. According to the FIR, the victim also met senior party leader Chirag Paswan and informed him regarding the issue. Paswan also assured her of getting the entire matter resolved and she was persuaded to not file a case. No action was taken further, the victim alleged in the FIR.

Later in February 2020, after the victim left the party, Raj filed an FIR against the complainant. He kept the victim in illegal detention for over 14 hours and in collusion with the police, fabricated all the evidence available against him, the complaint stated.

In May 2021, a complaint was submitted by the victim in the Parliament Street Police Station, New Delhi. On seeing a lack of action by the police, a Delhi court issued instructions to the police station and an FIR was registered.