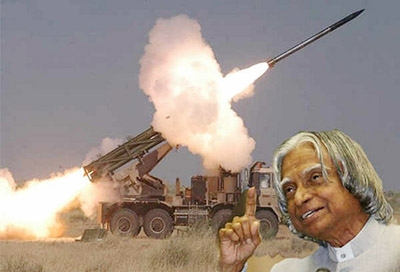 Bengaluru : The sudden demise of former president A P J Abdul Kalam was a tremendous loss to the country, Indian space agency chief A S Krishna Kumar said on Monday.

Terming Kalam’s contribution to the country and humanity as great and immense, Krishna Kumar said that even at the age of 84 years, the missile man was thinking about finding better solutions for the country’s energy requirements.

Recalling his last meeting with Kalam at Raj Bhavan in Bengaluru a month ago, Krishna Kumar said he met Kalam on many occasions when he was president.  “Though I was in Ahmedabad as director of the space applications centre, I had many opportunities to meet and interact with Kalam sir at official functions and public events,” he said.

In Chennai, Indian scientists on Monday mourned Kalam’s death as a big loss to both the scientific community and the country at large.  “It is typical of him to breathe his last giving a lecture to the students. Kalam’s life proves the point that in India one can reach the highest position in the country provided on puts in necessary hard work,” R Chidambaram, principal scientific advisor to the government, told IANS.  “It is certainly a big loss of the Indian science. He was a great scientist. More than anything else he was a great human being. He was the beckon for all and a man who can inspire everybody,” he added.

Kalam always used to talk about development. “He was people’s president who opened Rashtrapati Bhavan for the people. He was a great team player who brought people from different sectors to work on a project,” Atomic Energy Commission member M R Srinivasan told IANS.

Pall of gloom descends on native place of kalam

Rameswaram(TN): A pall of gloom descended on this island, the native place of former President A P J Abdul Kalam, as the news about his death reached his elder brother and other relatives here.

A large number of people gathered in front of the former President’s house to offer their condolences and mourn his death. The former President’s brother, Mohammed Muthu Meera Lebbai Maraicker, who is 99, was weeping uncontrollably and demanding to see “the face of his brother,” Maraicker’s son Jainulabuddin told PTI.