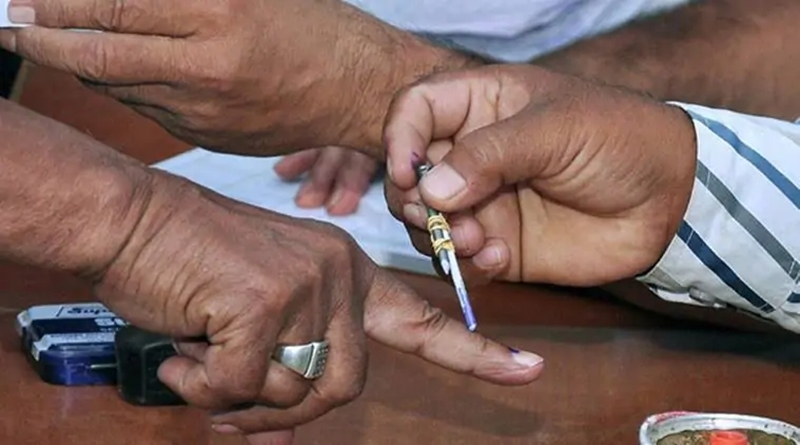 Kolkata: The intensely contested Lok Sabha battle in West Bengal is set to witness some big fights that would determine the fortune of several star candidates, including two Union Ministers, in the fourth phase on Monday, when eight seats are up for grabs on Monday.

The poll caravan would complete its lap of Murshidabad district, and roll into Nadia – the birthplace of Vaishnava saint Chaitanya Mahaprabhu – before traversing what is considered the rice bowl of India – Burdwan East and Burdwan West districts.

An electorate of 1,34,28,693, spread across 15,277 polling stations, will decide the fate of 68 candidates in Jangipur, Krishnanagar, Ranaghat, Burdwan East, Burdwan-Durgapur, Asansol, Birbhum and Bolpur constituencies.

Sen, who pulled off a big upset by prevailing over CPI-M veteran Basudeb Acharia in Bankura five years back, has been shifted to Asanol by Chief Minister and Trinamool supremo Mamata Banerjee to give a tough time to Supriyo. The CPI-M and Congress have also put up candidates. Neighbouring Asansol is another high profile seat – Burdwan-Durgapur – from where the BJP has fielded Union Minister and

Darjeeling MP S.S. Ahluwalia against Trinamool contestant and incumbent MP Mumtaz Sanghamitra. In all his meetings, Ahluwalia is promising to restore the area’s golden past. In Baharampur, former Union Minister and former state Congress chief Adhir Ranjan Chowdhury is bidding for his fifth straight win over candidates of the BJP and the Trinamool.

The Revolutionary Socialist Party has also nominated Eid Mohammed, but he is not being backed by the Left Front, which is supporting Chowdhury. Chowdhury, affectionately called “Robinhood of Murshidabad” by his supporters for standing by the needy, said the people would vote for the Congress for the consistent development projects that he has initiated in the area.

In Krishnanagar, erstwhile investment banker Mahua Moitra of the Trinamool is up against former India football goalkeeper Kalyan Chaubey. Another yesteryear’s actress Satabdi Roy is seeking re-election from Birbhum constituency on a Trinamool ticket.

The subsequent phases of polling will be held on May 6, 12 and 19. Polling for the Cooch Behar and Alipurduar constituencies took place in the first phase on April 11, while Darjeeling, Jalpaiguri and Raiganj voted on April 18. In the third phase, on April 23, Balurghat, Malda North, Malda South, Jangipur and Murshidabad went to the hustings.