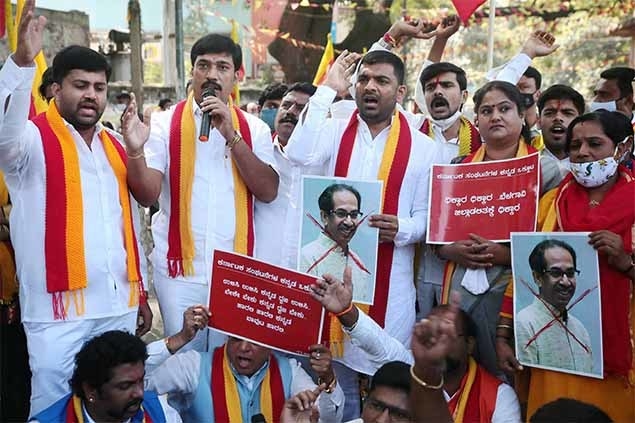 The clamour to ban the Maharashtra Ekikarana Samithi (MES) in Karnataka is growing shriller with the Federation of Kannada Organisations Wednesday announcing a bandh on December 31.

Speaking to the media, Kannada activist Vatal Nagaraj said that bandh has been called as the MES is causing unrest in the state by fuelling tension between the Kannadigas and Marathi people.

"We are giving a deadline to the Karnataka government to ban MES by December 29 midnight. If they fail to ban, a bandh will be observed across the state. It is a question of self-respect. No one should oppose this bandh," he said.

However, not everyone is on the same page. While various Kannada organisations have extended support to the bandh, Karnataka Rakshana Vedike President Narayana Gowda said that they don't support the call.

"People have just been recovering from Covid-19 infection. Bandh is not a solution for all problems. We will protest against MES differently," he added.

Congress too appears to be divided over the demand to ban the MES. Unlike the JD(S), whose members are in unison seeking action against MES. Congress is divided over the issue for political reasons. The camp headed by Siddaramaiah is in favour of pressuring the government to punish MES, while those aligning with KPCC president DK Shivakumar want the government to go soft on the outfit.

“Siddaramaiah is bound to seek punishment for MES as it involves the desecration of Sangolli Rayanna’s statue, a personality the whole Kuruba community has appropriated.

However, Shivakumar is looking at the electoral prospects of his loyalists like Lakshmi Hebbalkar and other Belagavi legislators, who are heavily banking on Maratha votes. Since the JD(S) has no such obligation, it is trying to cash in on pro-Kannada sentiment,” political observers were quoted in the media.

BJP, meanwhile, has chosen to maintain a neutral stand after the assembly passed a censure motion against the miscreants.

“People have already banned MES in Belagavi. The government need not do it,” said home minister Araga Jnanendra. The entire row started after the MES tried to hold an event against the winter session of the Karnataka Assembly in Belagavi and Kannada activists blackened a portrait of an MES leader.

Following this, several retaliations and counter retaliations by Kannada and Marathi organisations such as the burning of the Karnataka flag and vandalisation of historical figures’ statues including Shivaji and Sangolli Rayanna took place.

Meanwhile, the Karnataka police Wednesday beefed up security in the Belagavi district in view of Maratha activists from Maharashtra threatening to cross the border and hold protests.

The police also said that the Maratha activists have gathered in Maharashtra on the other side of the Kagawad border and police are on a high alert to prevent any untoward incident.

In another move, the Karnataka government has slapped sedition charges and invoked the Goonda Act on miscreants who vandalised freedom fighter Sangolli Rayanna and desecrated Shivaji statues. 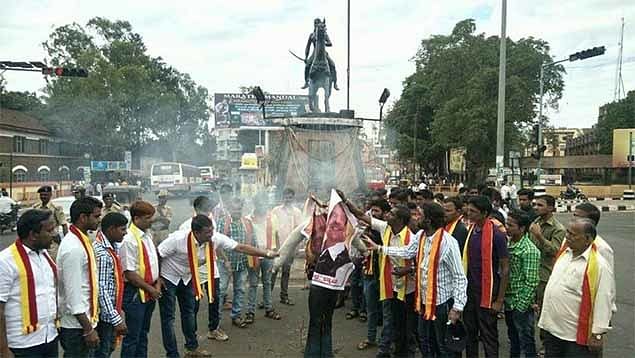