The incident took place during an event organized by MES even as the winter session of the Assembly session was underway in Belagavi.
Shankar Raj 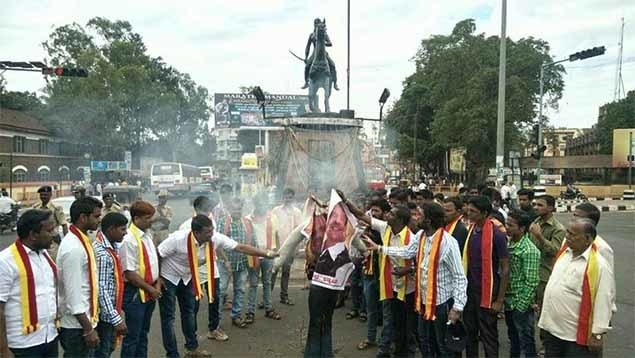 Belagavi district in north Karnataka, which borders Maharashtra, remained tense as the members of Maharashtra Ekikarana Samithi (MES) observed a bandh on Tuesday over an act of Kannada activists blackening the face of MES leader Deepak Dalavi.

The incident took place during an event organized by MES even as the winter session of the Assembly session was underway in Belagavi.

The MES, which has been demanding the merger of Belagavi district with Maharashtra, was holding a 'Mahamelav' event in Belagavi without the permission of the district administration. The police rushed to the spot and dispersed the event after a heated argument between the police and MES workers. On learning about the incident, Kannada activists reached the spot and blackened the face of Deepak Dalavi.

The police arrested the Kannada activists on the spot. The police also booked cases on the Karnataka Nava Nirmana Pade, Youth President Sampath Kumar Desai and three others. Soon MES party workers took out a rally to the police station. The workers performed 'Ksheerabhisheka' (pouring of milk) on Deepak Dalavi as a mark of respect.

Meanwhile, security has been tightened in the border areas with Maharashtra and in the vicinity of the Suvarna Soudha.

This is not the first time that such an instance has been reported. In 2005, Kannada activists had blackened the face of Vijay More, the then Mayor of Belagavi City Corporation in Bengaluru condemning a proposal taken up by the corporation at the time, for the merger of Belagavi with Maharashtra. 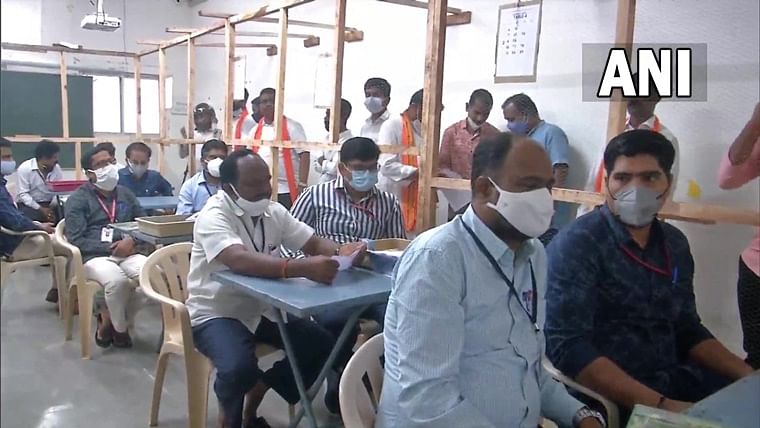