B S Yeddyurappa’s tapes: Money from where? Is it black money? 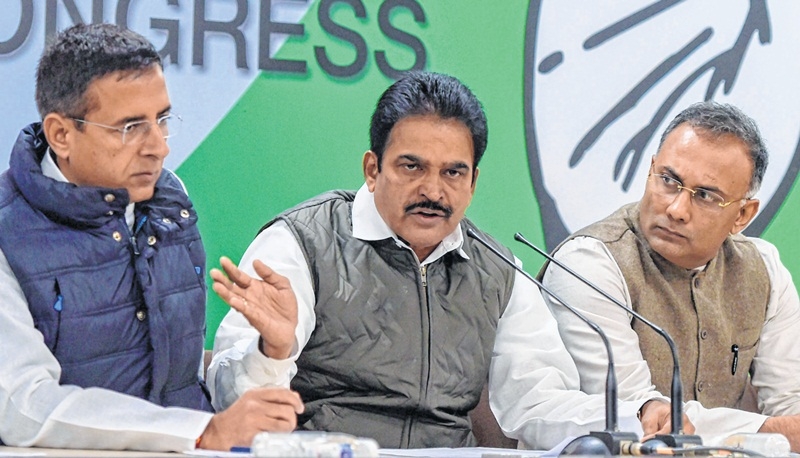 New Delhi: Congress general secretary KC Venugopal on Saturday released the “Yeddy Tapes” that he had also in Bangalore on Friday, exposing how former BJP chief Minister and Karnataka BJP chief BS Yeddyurappa tried to buy out Karnataka MLAs to pull down the coalition government of H D Kumaraswamy. Venugopal, who addressed media at the AICC HQ along with the party”s media chief Randeep Singh Surjewala, exposed “Operation Kamal 2.0″, claiming that the audio tapes establish the attempt of the ”Gang of 3”– PM Modi, BJP President Amit Shah and Yeddyurappa — to dismantle democracy in the southern state through “politics of corruption, bribery, allurement and sinister attempt to misuse the entire judiciary up to the Supreme Court to bring down the elected Congress-JDS Government in Karnataka.”

While CM Kumaraswamy sought an inquiry into the audio clip he released on Friday to establish it were voice of none else but Yeddyurappa that he is denying, Venugopal said names of Modi and Amit Shah have been dropped to claim the Supreme Court judges will fix the cases of defecting MLAs and hence the PM must answer to the nation. The two Congress leaders claimed a direct complicity of PM Modi and Amit Shah in the entire corruption racket will be established unless the PM orders registration of a case against Yeddyurappa and other party leaders under the Prevention of Corruption Act and Black Money Act and orders ED/CBI raids against them.

“Otherwise it will be clear ”Chowkidar Chor Hai”!” Venugopal, who is AICC general secretary incharge of organisation and Karnataka, asked the Supreme Court to take s suo motu notice of the scandalous and nefarious allegations levelled in the tapes, questioning its neutrality, more so when names of PM Modi and BJP President Amit Shah are flaunted openly. The tapes reveal Yeddyurappa offering a bribe of Rs 10 Crore per MLA. Total number of MLAs whose defection are sought are 18-20. At the rate of Rs 10 Crore per MLA, this bribe amount should be Rs 200 Crores. It will be rather Rs 400 crore as the MLAs will be given another Rs 10 crore if they have to face by-elections. Venugopal said a sensational claim is also made of a bribe of Rs 50 crore to the Assembly Speaker to overlook the defections