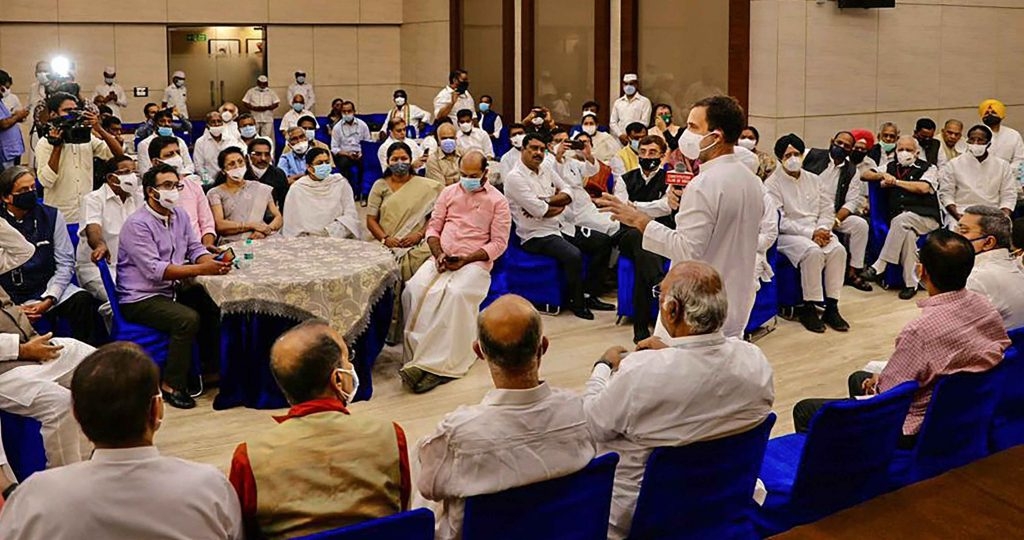 The Congress on Tuesday hailed the gathering of leaders of 15 political parties on a call by Rahul Gandhi as a “historic day”, calling it a “trailer for 2024 parliamentary elections”.

“Those assembled at the Constitution Club over a breakfast meeting represent around 60% population of India, with a new resolve, new direction, new momentum, new determination and grit to save the country,” said senior Congress spokesman Abhishek Manu Singhvi.

He said that the people should know that 23 crore people have gone below the poverty line under “this incompetent government” in contrast to 27 crore coming above the poverty line during 10 years of the Congress-led UPA regime. “Only in two months of April and May, around 2 crore people lost their jobs, while 97% are drawing lower salaries than what they were getting two years ago,” he underlined, noting that the spiralling price rise has badly hit all sections of the people.

“Therefore,” Singhvi said, “a single word starting with 'U' on the lips of everybody turning up at Rahul's breakfast meeting -- Unity, Unity and Unity. And along with unity, all the things which happened can be called consultation, collectivity, assent and history.”