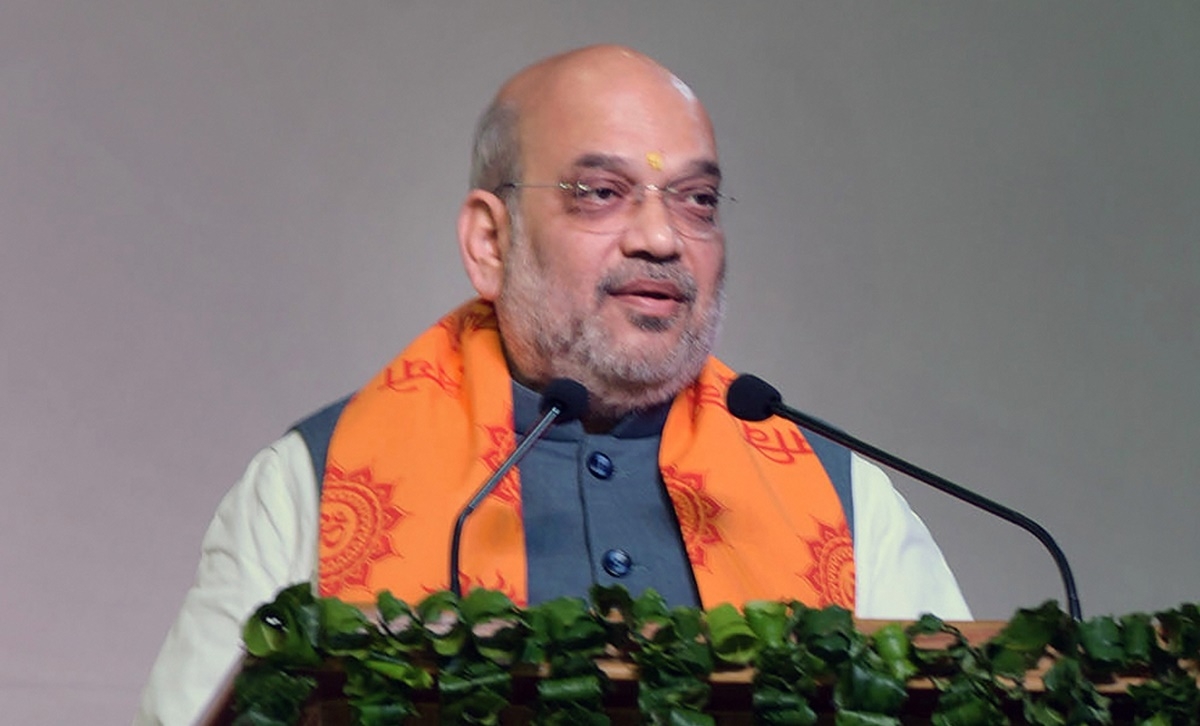 Narmada (Gujarat): In a veiled attack on Congress, Union Home Minister Amit Shah on Sunday said that attempts were made post-Independence to forget Sardar Vallabhbhai Patel and his contributions, but the situation has changed as the world's tallest statue is a testimony of the changed realities.

"Unfortunate attempts were made to forget Sardar Patel. After independence, his contributions were never given due respect. He was neither given Bharat Ratna nor proper respect. The situation has changed. He was given Bharat Ratna and this world's tallest statue is before us to see," Shah said while addressing the 'Rashtriya Ekta Divas' (National Unity Day) programme at Kevadia in Gujarat's Narmada district to mark Sardar Patel's 146th birth anniversary.

Shah further said that in 2014, when the Bharatiya Janata Party (BJP) formed the government at the Centre, October 31 was introduced as National Unity Day.

"When there was a change in the country in 2014, the government was formed under the leadership of Modi ji, then it was decided to celebrate October 31 as National Unity Day. This was done so that the struggle that Sardar Patel fought for independence for years continues to inspire the younger generation of the country," Shah noted.

Earlier today, he paid floral tributes to Patel at his 182-metre tall statue, which is the tallest in the world. The statue was inaugurated in October 2018 by Prime Minister Narendra Modi.

Speaking at the event, Shah said that Kevadia has become a pilgrimage site.

"Kevadia is not just the name of a place, it has become a shrine - a shrine of national unity, of patriotism. This sky-high statue of Sardar Patel is giving a message to the world that India's future is bright, that nobody can damage the unity and integrity of India," he said.

Sardar Patel, who is credited with uniting all 562 princely states of the pre-independent country to build the Republic of India, passed away on December 15, 1950.