As the assembly election is just two days away in the poll-bound state of Assam, an opinion poll hints that National Democratic Alliance may retain its power back in the state. The current government, led by Chief Minister Sarbananda Sonowal is the first Bharatiya Janata Party regime in Assam since Independence. The Cvoter opinion poll conducted by Times Now asked the citizens of Assam about their views on key issues, especially the Citizenship (Amendment) Act and how it would impact the voting pattern in the state.

The results concluded in the opinion poll shows that NDA again looks set to form the government with a prediction of 69 seats while the United Progressive Alliance (UPA) is quite near with a projected 56 seats.

A total of 44.6 per cent believed that the BJP's silence on Citizenship Amendment Act will help the party to emerge in the state while 25.2 per cent were of the opinion that the party’s silence on this issue will hurt its prospects. However, 15.8 respondents believed that this will have no impact on the outcome of the Assam Assembly Elections 2021 while 14.4 per cent were unsure. 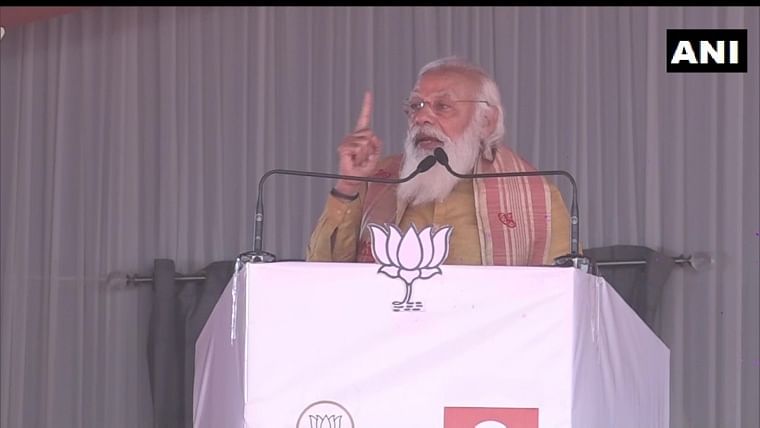 Congress is part of 'Mahajhooth' not 'Mahajot': PM Modi in Lakhimpur ahead of Assam Assembly polls

When asked about Amit Shah’s statement that each vote for AIUDF is a vote for illegal immigration and if they agreed with it, a total of 44.4 per cent of respondents said yes while 38.7 per cent of the people said no. A total of 16.9 per cent of the citizens were not sure.