Zoom, the two-year-old Belgian Malinios, breathed his last on Thursday at 54 Advance Field Veterinary Hospital (AFVH), where he was undergoing treatment after sustaining two gunshot injuries during a combat operation in J&K.

Indian Army on Friday paid tributes to 'Zoom', its canine warrior dog who succumbed to bullet injuries during an encounter in Jammu and Kashmir earlier this week.

Zoom, the two-year-old Belgian Malinios, breathed his last on Thursday at 54 Advance Field Veterinary Hospital (AFVH), where he was undergoing treatment after sustaining two gunshot injuries during the combat operation in Tangpawa of Jammu and Kashmir's Anantnag on October 9.

Army Dog Unit also remembered Zoom, who was a veteran of several counter-terrorism (CT) operations where he had distinguished himself with his energy and courage, Army officials informed.

"Army Dog Zoom was an invaluable member of the team. Despite his young age of two years, Zoom was a veteran of multiple CT Ops where he had distinguished himself with his energy and courage," the Indian Army Officials had said.

On October 9 during the operation in Anantnag, Zoom played a key role in not only identifying the precise location of the terrorists but also in disabling a terrorist.

However, the intrepid canine in the process suffered two gunshots. Despite being injured, Zoom located the other hiding terrorist and fainted due to severe blood loss after he returned from the target area. 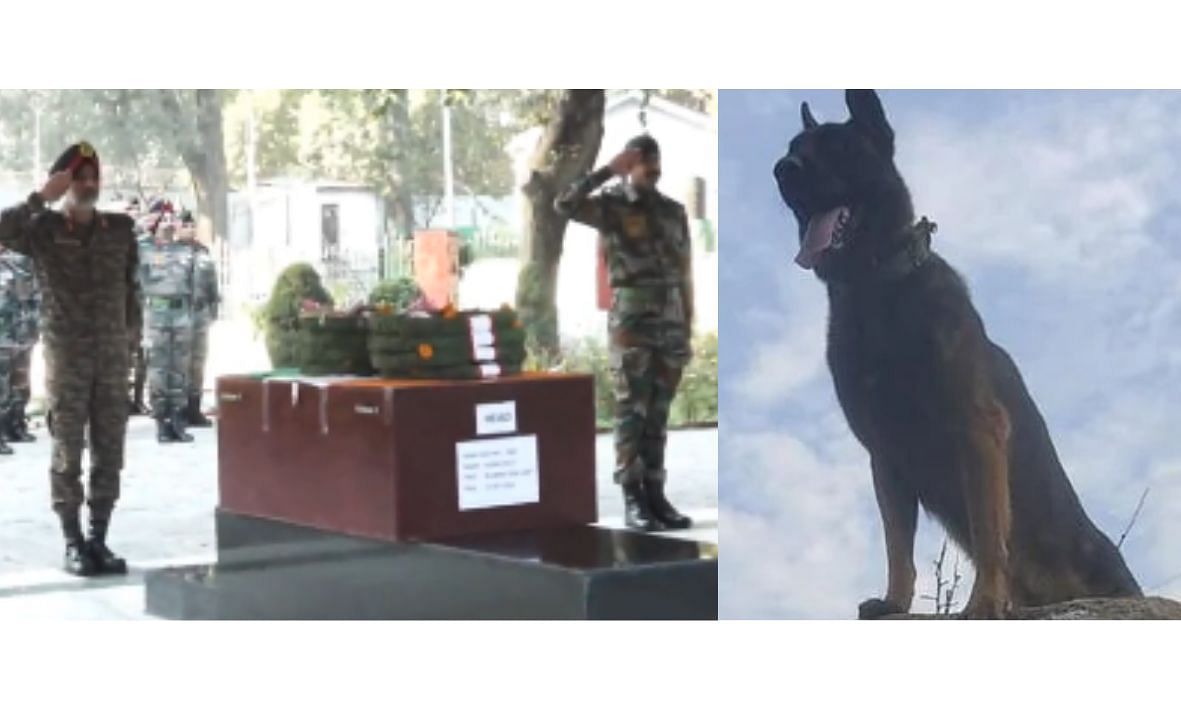 The officials also mentioned that they have lost a "valiant team member" in Zoom, adding that he used to inspire them (Army personnel) to undertake the tasks with humility, dedication, and courage.

Zoom underwent surgery after getting injured in an encounter with terrorists in Jammu and Kashmir's Anantnag.

They further said that Zoom continued his task despite getting those injuries which resulted in the neutralisation of two terrorists.