Anupam Kher spars with Shashi Tharoor over 2012 tweet on patriotism 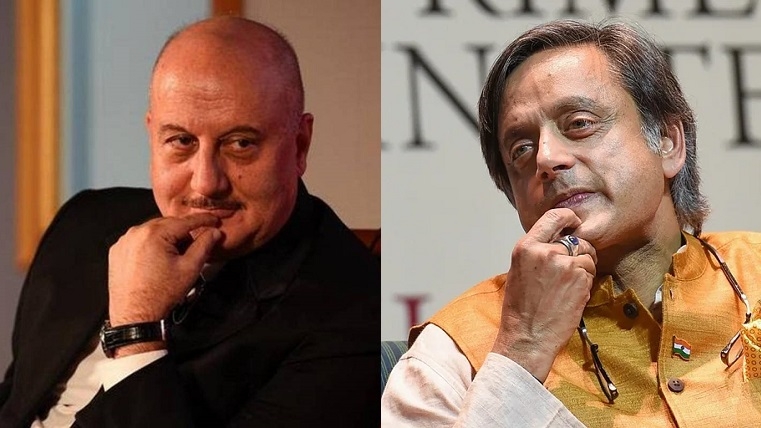 No matter how old your social media post may be, the internet never forgets. The trend of picking up older comments and pitting them against you in a different context is not new. And in recent years it has been employed many a time by political leaders and other celebrities too.

Now, Anupam Kher versus Shashi Tharoor is not a Twitter debate that we thought we'd see, but what began with an innocuous tweet in 2012 has now expanded.

Quoting American author Edward Abbey Kher had written that "a patriot must always be ready to defend his country against his government". An admirable sentiment, and Tharoor recently took it upon himself to concur.

He retweeted the post, and then followed that up by adding that he was in full agreement.

"Thanks @AnupamPKher . Agree with you totally here," he wrote, following it up with a quote by Mark Twain. "Patriotism is supporting your country all the time, and your government when it deserves it,” Tharoor quoted.

This has in turn prompted a response from Kher who said that Tharoor had highlighted his "unemployment and brainwashing". Not only that, Kher wrote, it was also a sign of "how far he had fallen".

"This tweet of mine was for those who are still a symbol of corruption. You know it," he added.

This is not the first time the two have locked heads over tweets. Earlier this month, Tharoor was criticised by the actor after commenting that Congressmen are being killed for standing up for secularism and democracy.

Anupam Kher however said that this was a "twisted thing to say", wondering what had happened to Tharoor's thinking.

"You are such an educated person. What has happened to your thinking? In this scenario when a terrorist kills anyone from Kashmir to Kanyakumari, he kills an INDIAN. Not a political party member," he had tweeted. Shashi Tharoor says Congressmen are being killed, gets corrected by Anupam Kher