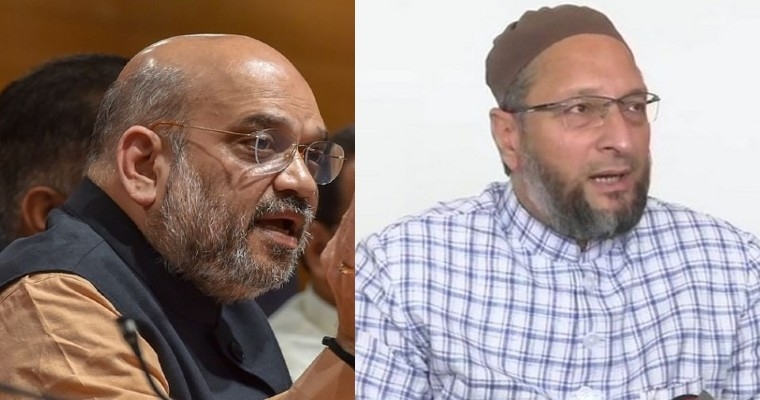 Home Minister Amit Shah has claimed that there has been no discussion on the National Register of Citizens (NRC) yet, either in the Cabinet or Parliament.

Hitting out at the Home Minister, AIMIM chief Asaduddin Owaisi shared Amit Shah's video wherein he said that the NRC will happen in the country.

Owaisi wrote,"Hello @AmitShah, can you please tell us if this is indeed you, if this discussion is indeed about nationwide NRC and if this is the Parliament?"

Earlier on Sunday, PM Modi also retreated from the NRC statement. He said, “Has anything happened with the NRC yet? Lies are being spread”. “After my government came to power, from 2014 to now, let me tell the 130 crore citizens of this country, nowhere has the NRC word been discussed, been talked about. Only when the Supreme Court said, then we had to do it for Assam. What are they talking about? Spreading lies.” Despite previous contradictions, Amit Shah says no relation between NPR and NRC
Advertisement

Union Home Minister Amit Shah on Tuesday said that the National Population Register (NPR) will not affect the nationality status of any citizen of the country.

"NPR will not affect anyone's nationality. Even if somebody's name is missing from NPR, then too his citizenship will not be threatened," Shah said in an exclusive interview to ANI.