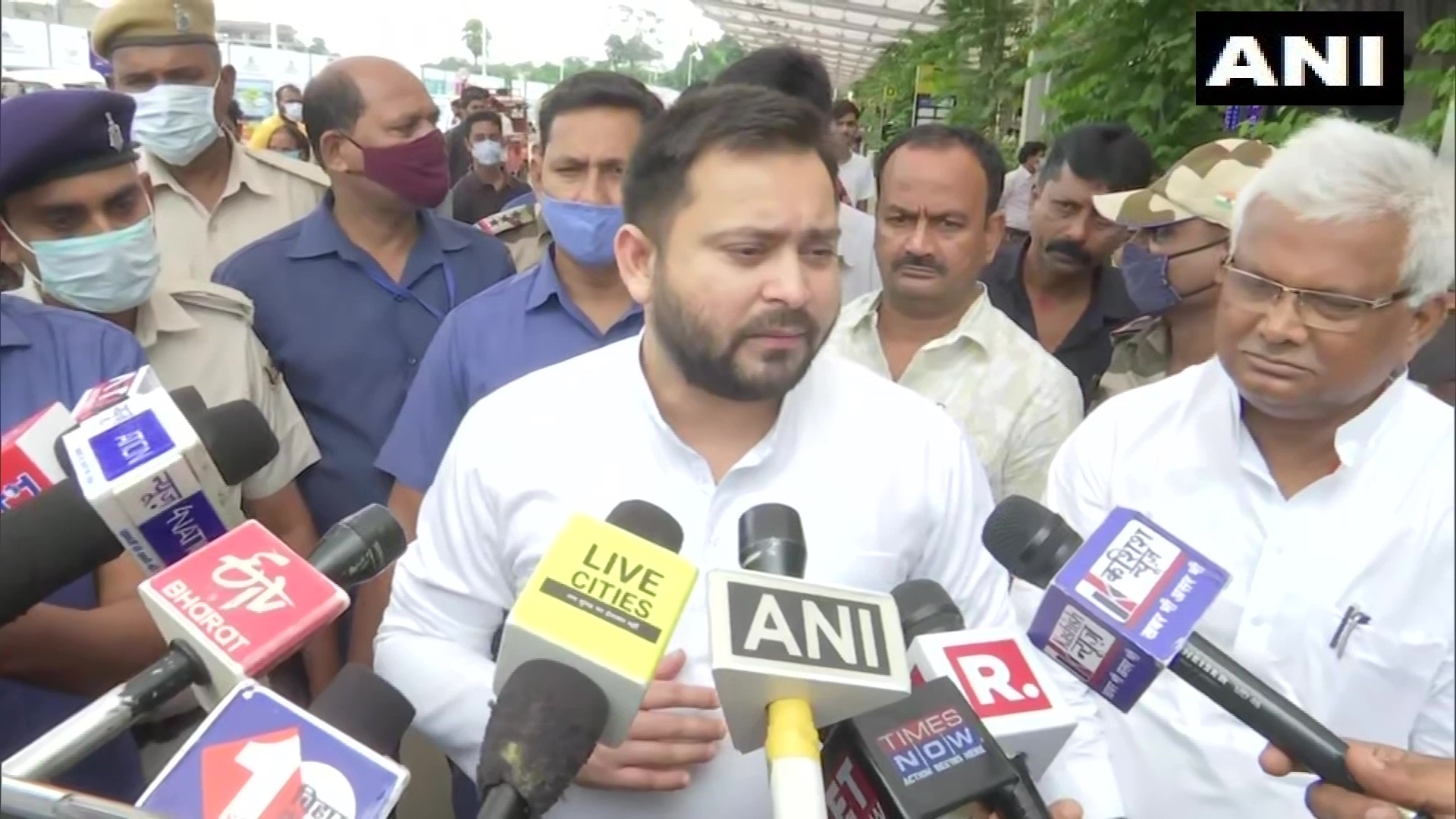 Patna (Bihar): Reacting to the allegations of Rashtriya Janata Dal (RJD) leader Tej Pratap Yadav that his father and veteran leader Lalu Prasad Yadav is being held "hostage" in New Delhi, party leader Tejashwi Yadav said that being a "hostage" is not the personality of Laluji.

Speaking to mediapersons here, Tejashwi said: "Laluji has been the chief minister of Bihar for a long period of time, he has been the Union minister and he also arrested Advaniji. The personality of Laluji does not match with the allegations made." RJD leader Tej Pratap on Saturday alleged that Lalu Prasad Yadav was being held "hostage" in New Delhi despite getting bail earlier this year. He also alleged that there are some people in the party who are "dreaming" of becoming the chief of RJD.

The comments come in the backdrop of a strained relationship between Tej Pratap and his younger brother Tejashwi.

The strain between the two top leaders has been evident after RJD students' wing state president Akash Yadav was removed from his post. Akash Yadav is believed to be a close aide of Tej Pratap Yadav. Tej Pratap on religious tour to Mathura amid discord in RJD, family - Here is all you need to know