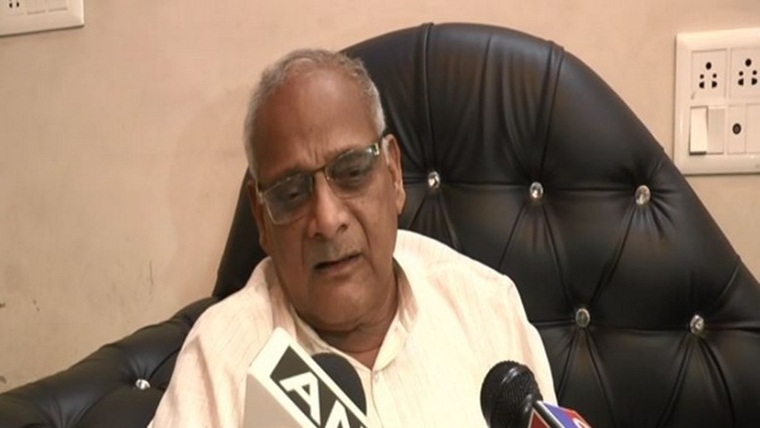 University has however said that the action was taken as per the set procedures which do not allow any vehicles with political party flags inside the campus. MLA Dalveer Singh was not in the vehicle when the flag was removed. Speaking to reporters, Singh said, "My vehicle had gone to university to pick my grandson. I am a BJP MLA so my vehicle has a party flag. However, some guards misbehaved with my driver and removed the party flag".

I have informed the District Magistrate and Superintendent of Police about the incident and have also sought time from the HRD minister to inform him about the same, the UP lawmaker added. MLA's driver has also given a complaint at Aligarh police station in which he has alleged that he was forced to remove the BJP flag from his vehicle after getting into the university for picking a student.

Reacting on the complaint, university officials say that the action was taken according to standing instructions. "It is not allowed to bring vehicles with party flags inside the university. It is only when some dignitary is inside the vehicle that we allow them to bring-in such vehicles. For any student of any other individual, it is not allowed. This is an educational institute", a University official said.