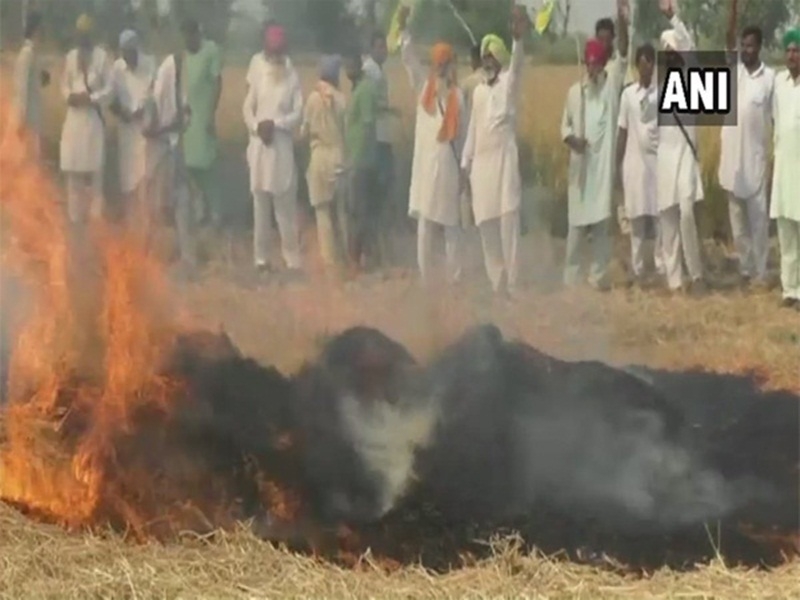 New Delhi: Lashing out at the authorities for failing to curb severe air pollution in the Delhi-NCR region, the Supreme Court Wednesday said it is a question of life and death of crores of people here but it is "very unfortunate" that they are not bothered about poor people and letting them die.

"Can you permit people to die like this due to pollution? Can you permit the country to go back by 100 years," observed a bench headed by Justice Arun Mishra while directing the governments of Punjab, Haryana and Uttar Pradesh to provide support of Rs 100/quintal within 7 days to small and marginal farmers who have not burned the stubble -- a major source of air pollution.

"We have to make government responsible for this," the bench said and asked, "Why can't government machinery stop stubble burning?" Coming down heavily on the state governments, the top court said that if they don't bother about people, they have no right to be in power.

"You (states) have forgotten the concept of welfare government. They are not bothered about poor people, this is very unfortunate," said the bench, also comprising Justice Deepak Gupta.

"You just want to sit in your ivory towers and rule. You are not bothered and are letting the people die," the bench said.

It also questioned as to why the state governments cannot collect and purchase stubble from farmers.

"We expect more from democratic government of the country to deal with issue of stubble burning and curb pollution," the bench said, adding that "it is a question of life and death of crores of people. We have to make govt responsible for this".

The bench also directed the Centre, the three states and Delhi to prepare a comprehensive scheme within 3 months to take care of environmental issues.

Observing that "agriculture is the backbone of the country's economy and it's bounden duty of the state to look after the interest of farmers", the bench said it is absolutely necessary that the farmers are provided necessary machines to prevent stubble burning.

"It is a shocking state of affairs that there are unpaved routes and pits in the national capital of the country," the bench observed during the hearing.

The apex court on Monday had termed the situation as shocking summoned Chief Secretaries of Delhi, Punjab, Haryana and Uttar Pradesh.