Mewani was sentenced in 2016 case after an alleged scuffle at the Gujarat University premises. Mevani and others were subsequently granted bail in the case.

Ahmedabad: Vadgam MLA and Dalit Leader Jignesh Mevani has been sentenced to to six months' imprisonment by Ahmedabad court. |
Follow us on

An Ahmedabad Metropolitan Court on Friday sentenced firebrand Dalit leader and State Congress working president Jignesh Mevani and 18 supporters to six months' imprisonment immediately after he announced the launch of Padyatra to condemn the release of convicts in the Bilkis Bano gangrape case.

Mewani was sentenced in 2016 case after an alleged scuffle at the Gujarat University premises. Mevani and others were subsequently granted bail in the case.

At a press conference, along with human rights activists Amita Buch and Sandip Pandey, he announced the launch of a padyatra from September 26 to October 4, 2022, to condemn the release of life convicts in the gangrape of Bilkis Bano during the 2002 communal riots. The yatra would commence from Bano’s native Randhikpur to state capital Gandhinagar. But the orders of his sentence came that very evening.

Additional Chief Judicial Magistrate P N Goswami pronounced Mevani, an Independent MLA from Vadgam constituency in North Gujarat, and 18 others guilty of rioting and unlawful assembly. They were sentenced to six months in jail and a fine of Rs 700 each. Mevani would officially join the Congress party ahead of the Assembly elections.
However, the convicts have been given a month’s time to challenge the order.

Reacting to the judgment, Jignesh Mevani asserted that, "The Gujarat government released all rapists (of Bilkis Bano), garlanded them and claimed their conduct was very good. Gujarat BJP president C R Paatil faces 108 cases but he has not been convicted in a single case."

He wondered, citing his case, that he had been slapped with a jail sentence merely for carrying out a rally demanding a building to be named after Baba Saheb Ambedkar. "We welcome the judgment," he said.
The case was registered in 2016 with Gujarat University police station in Ahmedabad against Mevani and 19 others associated with Rashtriya Dalit Adhikar Manch, headed by the Dalit leader.

They were demanding that the under-construction law department building be named after Ambedkar. They blocked the roads, and when the police tried to remove them, the protesters started undressing in protest.

This is the second such order after a Mehsana district magisterial court in May this year sentenced him and nine others to imprisonment in a 2017 case for taking out a rally without permission. He was granted bail in the case, but Mevani has been restrained from travelling outside Gujarat without permission.

This came a month after the Assam police picked up the aggressive Dalit leader in April. Mevani was arrested for tweets in which he claimed that Prime Minister Narendra Modi "considers Godse as God" should appeal for peace and harmony against communal clashes in Gujarat.

He was charged under Section 120B (criminal conspiracy), Section 153 (A) (promoting enmity between two communities), 295 (A) (injuring or defiling a place of worship with intent to insult the religion of any class), 504, (intentional insult with intent to provoke breach of peace), 506 (criminal intimidation) and sections of the Information Technology Act. 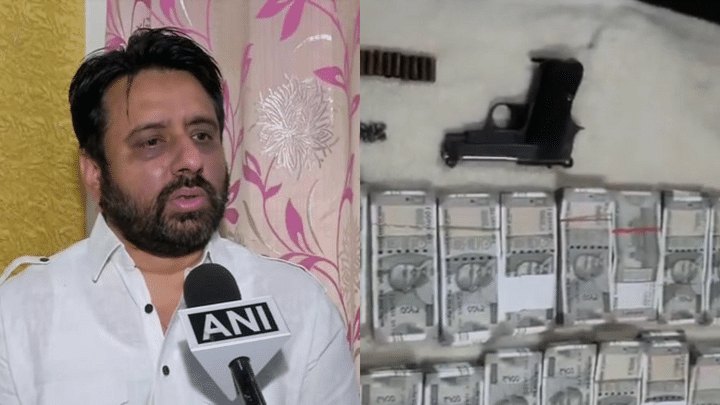