The Delhi Police has provided security to suspended BJP spokesperson Nupur Sharma and her family after an FIR was registered on a complaint that she was getting death threats over her controversial remarks on Prophet Mohammad, officials said on Tuesday.

She had requested the police to provide security citing harassment and threats she had been receiving.

"Sharma and her family have been provided police security after she alleged that she has been receiving threats and was being harassed over her remarks," an official said.

On May 27, Nupur Sharma filed a complaint with the Cyber Cell unit of the Delhi Police alleging she was receiving death threats and there was “targeted hatred” towards her, the police said.

“Based on the FIR, we have initiated a probe into the matter,” a senior police official was quoted as saying.

The action comes a day after Nupur Sharma released a statement where she alleged a security threat to her family after many media houses published her suspension letter with her address.

On Sunday, the BJP suspended Sharma pending an inquiry. The party said she had expressed views contrary to the party's position on several matters.

The action against Sharma came after violence erupted in Uttar Pradesh's Kanpur over her remarks. More than 40 people were injured and over 1,500 people charged in connection with the violence.

After a video of her comments on the Prophet went viral, the Mumbai police and Hyderabad police booked Nupur Sharma for inciting hatred between communities and insulting religious sentiments. 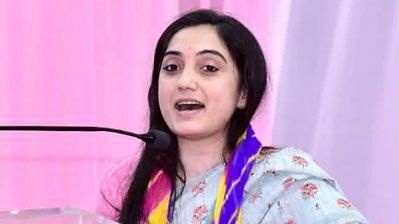