According to a report by Times Now, more than a hundred bodies were found floating in Ganga.

KK Upadhyay, Buxar Sub Divisional Officer (SDO), told ANI that it is a matter of investigation to ascertain if these corpses come from Varanasi, Allahabad, or elsewhere. "We are alerting officials near ghat areas to make sure that it does not happen again," he further said.

Many local residents, who spoke on cameras with their faces masked, claimed the district administration was "in denial over many such unfortunate incidents involving residents of Buxar".

They alleged that those manning cremation ghats were charging a fortune whenever people reached there with the body of a loved one who had died of coronavirus.

"There is also a shortage of wood and other material required for cremation. Availability of these has taken a hit because of the lockdown. So many bereaved family members are impelled to immerse the bodies of their departed relatives in the river," one of the residents told PTI.

Often family members of a COVID victim are not handed over the body by the administration which claims it would perform the last rites observing the protocol in place for the deadly virus, another local told PTI.

"What indeed happens is that the officials develop cold feet later and fearing that they might catch the infection themselves, they dump the bodies in the river and flee. Little do they realize that they are also polluting the river," he added. 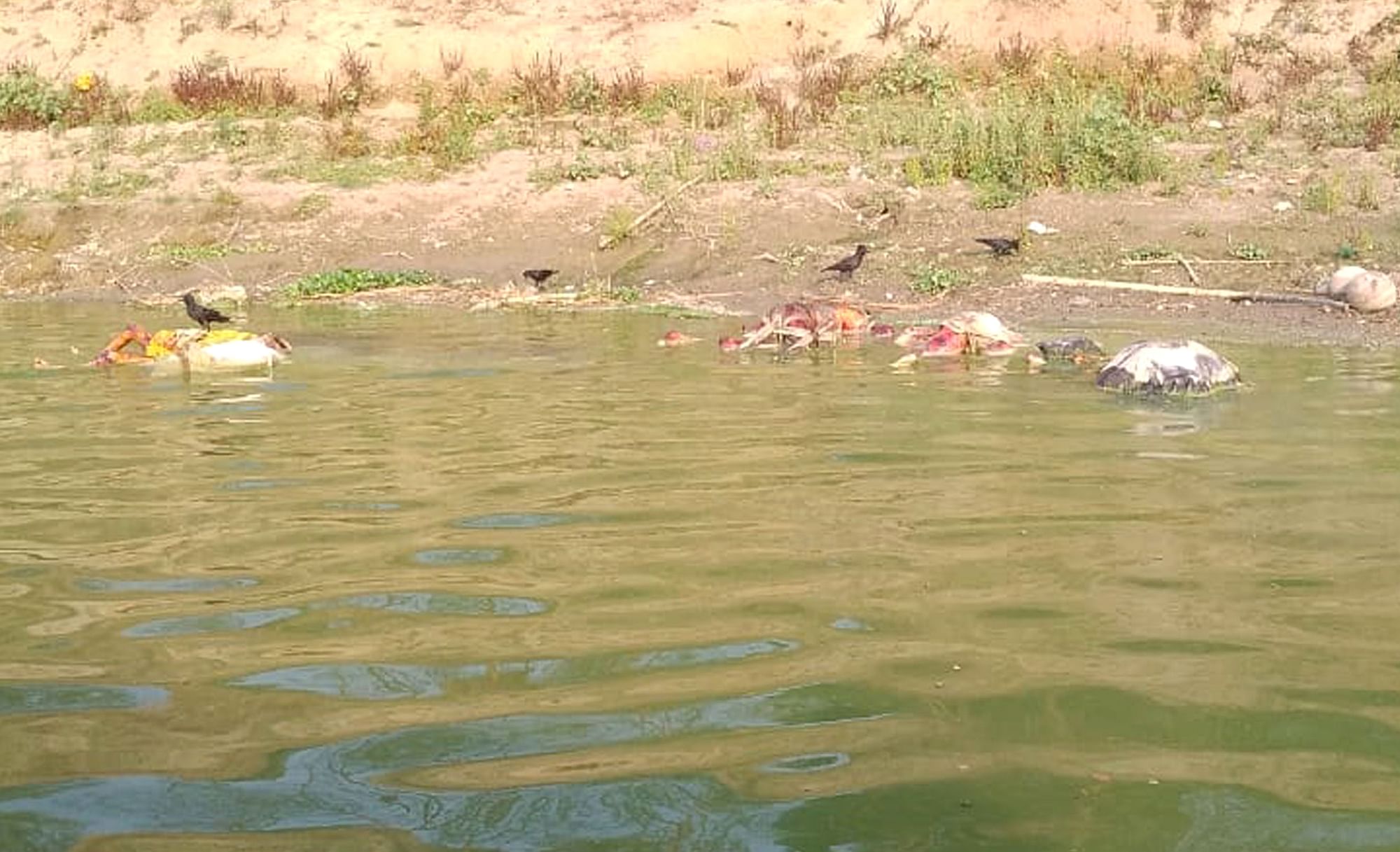