Bengaluru: In a controversial move and pandering to the belligerent right wing groups in coastal Karnataka, Chief Minister Basavaraj Bommai justified moral policing saying “action and reaction are bound to happen when there is no morality in society.”

“There should be morality. We cannot live without morality. When there is no morality, action and reaction will happen,” Bommai said while interacting with the media at Mangaluru airport.

His new love for moral policing comes just a month after he had said that his government will deal with ‘moral policing’ with an iron hand following an incident in Bengaluru.

When reporters sought his reaction to BJP MLA Umanath Kotian escorting two persons accused in a ‘moral policing’ incident from a police station after their release on interim bail. “It is a sensitive matter. There are many sentiments in society. One needs to behave in a manner that will not hurt such sentiments. If the sentiments are hurt, then action and reaction are bound to happen,” he said. “Youth should behave so as not to hurt the sentiments of society. This is a social issue,” he added.

While his statement gave grist to the opposition to attack the government amid a spike in ‘moral policing’ incidents, especially in the coastal region, right wing groups were in celebratory mood and many of them shared the clip of Bommai’s statement on social media sites.

Former CM Siddaramaiah strongly criticised Bommai for his remarks saying that the latter has accepted his incapability to maintain law and order by justifying moral policing. In a series of tweets, Siddaramaiah alleged that the government is trying to protect anti-social elements instead of putting them behind bars.

“Appeasing RSS may be necessary to save your position, but you should not stoop this low. Do you have any plans to dissolve the police department, and handover the law and order to RSS? Or are you planning to establish a Jungle Raj?”

Bommai hit back saying “While you were the CM you became the icon of anti-Hindus by getting killed Hindu activists as Tippu Sultan did in his regime. I need not learn administration or policing from you, we have an able police force to tackle the law and order which was sitting ducks under ur government”.

He further added, “Jungle Raj was when you were blind , deaf and dumb to the killings of Hindus under your tenure, in my administration, it’s the law which takes the action while in yours it was jungle raj hence Hindus were killed on supari and many riots took place”.

He also praised the RSS and said, “RSS is a tallest Nation building Org, which treats every citizen equally unlike ur selective appeasement for votes, during calamities RSS works leading from the front, My Govt & my party works as per the constitution of India & not as per the extra constitutional bodies like NAC.”

Read Also
Make me head of 'better' board or I will quit: 'Betrayed' Karnataka BJP MLA threatens party 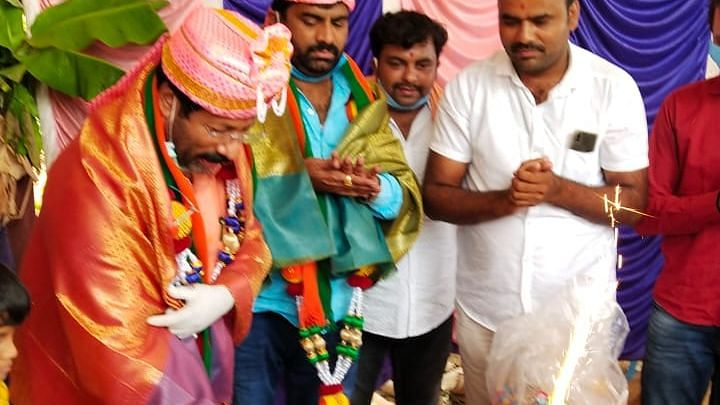