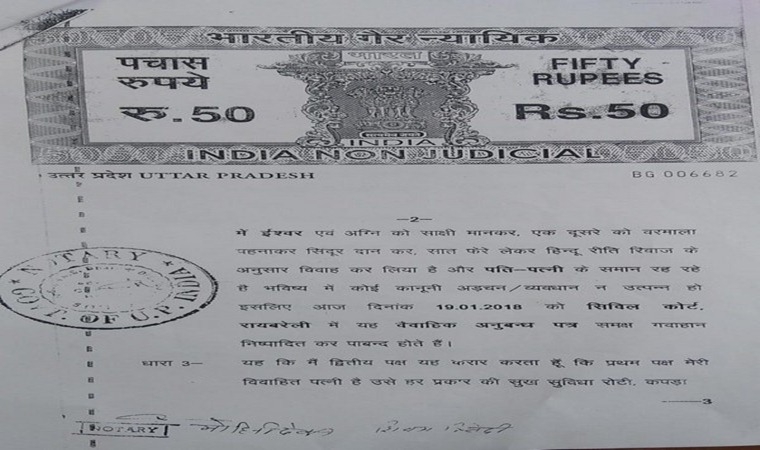 Raebareli: The rape victim, who was set ablaze in Unnao, was promised of marriage by her rapist and had signed a marriage agreement in January last year.

According to the marriage agreement accessed by ANI, the woman solemnised the marriage with Shivam Trivedi, who allegedly later raped her in December last year.

"We declare that we have solemnised our marriage in a temple on January 15, 2018, according to Hindu traditions with our free will. We are living with each other as wife and husband. We are signing this agreement to avoid any legal hindrance," the agreement read.

Speaking to ANI, SN Maurya, who represented the victim in the rape case, said that Shivam was threatening her to withdraw the case and forcing for a compromise.

The woman was set on fire by four men including the rape accused when she was on her way to the court outside her village in Bihar police area in Unnao on Thursday morning.

She sustained more than 90 per cent injuries and was rushed to a government hospital in the district, later to be shifted to a hospital in Lucknow. She succumbed to her injuries at Safdarjang Hospital in New Delhi. 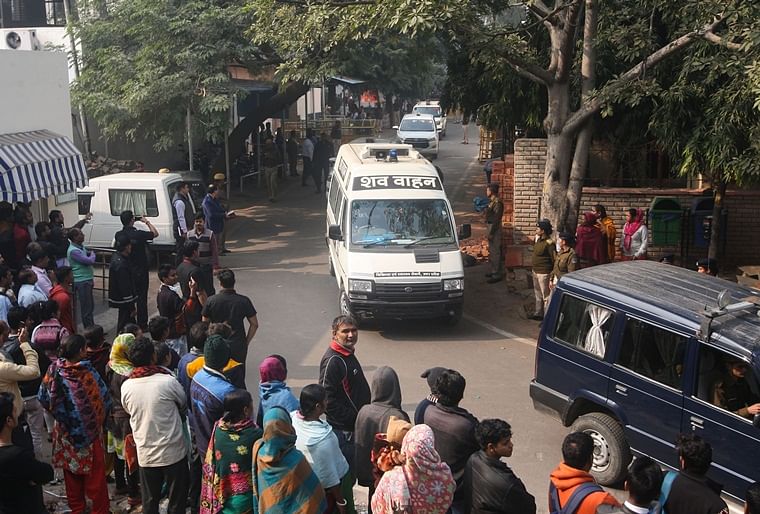 ‘Accused should be chased, shot dead, like it happened in Hyderabad': Unnao rape victim's father