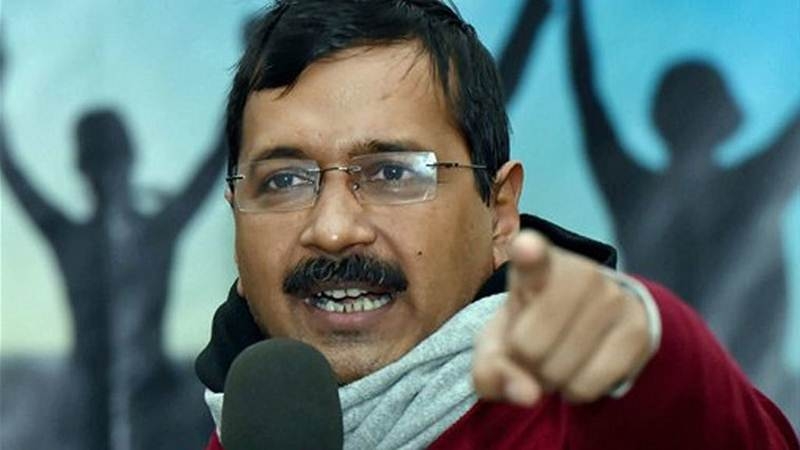 Ludhiana : The AAP promised to dismantle liquor mafia, end the “raid-raj” and introduce a slew of incentives to “revive” trade and industry in Punjab, including tax holidays for some sectors, if it is voted to power in the upcoming assembly elections, reports PTI.

After its manifestoes for the youth and farmers, AAP chief Arvind Kejriwal released its manifesto for trade industry and transport sectors which also vowed to provide a transparent tax regime, “lower” tax rates and eliminate “sand mafia” in the state. A Special Investigation Team will be set up to unearth alleged collection of “goonda tax” through Akali-BJP and Congress collusion, the AAP manifesto said. AAP, which is eyeing to wrest power from SAD-BJP regime, also promised revival of sick units through a series of measures.   The measures included a two-year tax holiday, special package to bring back industry that had “fled” the state, 10-year tax holiday for agro-based food processing industry and five-year tax holiday for women to encourage women entrepreneurs. The AAP had earlier released youth and farmers’ manifesto.  Besides, AAP in its manifesto also promised that trade, industry and transport sectors will be made “corruption free” while ‘inspector Raj’ and ‘raid Raj’ will be eliminated and no alleged “goonda tax” will be allowed to be imposed in the state.

Alleged “liquor mafia” will be dismantled and replaced with an alternative system that provides equal opportunity and generates employment and “control of politicians and their henchmen will be ended in the liquor business”, it said. Self-certification regime for all NOCs and consents in businesses will be implemented.

“Tax regime will be simplified and made transparent while VAT and other taxes will be reduced on Delhi pattern. In five years, Punjab will have the lowest tax rate, one time settlement of pending tax related cases and VAT refund will be expedited,” it said.          Punjab goes to polls early next year.

“In order to end alleged harassment of ‘rehriwalas’ and ‘fariwallahs’, spaces will be earmarked in every city for creation of ‘rehri’ markets and week-end flea markets,” it said.        “Electricity tariff will be substantially reduced by nailing corruption and enabling optimum efficiency of systems while anti-Punjab power agreements with private power plants will be reviewed and those responsible for burdening the people of the state will be punished,” manifesto said.

On transport sector, AAP said it will be “depoliticised”.

“AAP government will snatch bus permits from the Badals, top politicians of the SAD-BJP, Congress and others who have (allegedly) procured them through fraudulent means and will be given to unemployed youth, ex-servicemen, handicapped persons, terrorist victims, and victims of 1984 anti-Sikh violence,” it said.

AAP said there will be elimination of alleged “Reta-Bajri (sand and gravel)” mafia in Punjab and mining licences will be given to young entrepreneurs.