HomeIndia'A Rude Life: The Memoir': 'I wouldn't have written the book if there was no lockdown', says Vir Sanghvi during book launch at The Free Press Journal

'A Rude Life: The Memoir': 'I wouldn't have written the book if there was no lockdown', says Vir Sanghvi during book launch at The Free Press Journal

Vir Sanghvi wears many hats—a journalist, author, columnist, so on... Recently, The Free Press Journal held a book launch event of Sanghvi's new book, ‘A Rude Life: The Memoir’. Peppered with interesting anecdotes from his life, Sanghvi's memoirs gives an insight into his encounters with politicians, actors, and other eminent personalities. Ronak Mastakar reports

Noted journalist, author, and TV anchor Vir Sanghvi has been one of India's best-known editors. He has had a unique insider's view into the world of politics, change in society, and more.

On August 25, former Congress spokesperson, Sanjay Jha, launched Sanghvi’s memoir, ‘A Rude Life: The Memoir’. The launch was attended by eminent personalities and was followed by a discussion, with Sanghvi sharing anecdotes from his book.

In ‘A Rude Life: The Memoir’ Sanghvi speaks about his encounters with renowned personalities ranging from former Prime Ministers to key political leaders, and Bollywood superstars like Amitabh Bachchan to name a few. Sanghvi shares heart-breaking moments from his childhood, college years and his journey as a journalist.

Shedding light on what motivated him to write the book, Sanghvi said it was the lockdown that sowed the seed. “I think it was boredom and frustration. I wouldn’t have written the book if there was no lockdown in 2020. That was the time of being stuck at home with no way to meet people. I was itching to do something, because I couldn’t do much research or find out anything different. I went to the one thing I knew about: Myself,” Sanghvi shares.

For children, fathers are their heroes. And it was no different for Sanghvi either, who hero-worshipped his father. “He was in his own way a very glamorous figure, because he went abroad more, which most Indians didn’t back then. He was acquainted with important people and led a glamorous lifestyle. He had an office in London and would often give a talk about his work and would tell me to work for him when I was a little older. Then one day I got a call of him being unwell. It turned out to be lung cancer and he succumbed to it. The money he left behind dried up soon enough and my life changed forever,” Sanghvi informs. His father passed away when Sanghvi was 15 years old.

During his years as a journalist, Sanghvi has had close encounters with several Bollywood personalities and eminent politicians. Sharing an anecdote from his book concerning superstar Amitabh Bachchan, Sanghvi said Big B had two reasons to join politics: He wanted to help his friend Rajiv Gandhi after the assassination of his mother, the then Prime Minister Indira Gandhi, and Bachchan’s desire to give back to the people of India, which cherished him like a national treasure.

“I have spent a lot of time with Amitabh Bachchan and I got to know him reasonably well. One thing he said every time we met was ‘I will never join politics’. Then much to my surprise, one day he announced he was standing for elections. When I asked him the reason for his change of heart he said it was because the “1982 episode” — he was injured on the sets of Coolie and the whole country prayed for him. I think that incident had a very powerful impact on him and it made him want to give it back to people who prayed for him. Also, he was Rajiv Gandhi’s best friend. Sonia Gandhi used to tie rakhi to him, it was that kind of relationship. So, when Gandhi, in very emotionally-charged moment after his mother Indira Gandhi’s death, told Bachchan that you have to join politics he was not in a position to say no,” Sanghvi said.

The book launch was peppered with interesting anecdotes from Sanghvi’s life. While speaking about his book, senior journalist Bachi Karkaria, said, “Vir Sanghvi is someone who’s like a fly on the wall who has really seen a lot of Indian Politics and it’s an enviable position to be. He has got the objectivity and the attention perspective to put it across the way that it should be.”

Expressing her desire for more memoirs from people of Sanghvi’s stature, Meenal Baghel, senior journalist, said, “More people should come forward with their own memoirs, because there’s always so much more to what happens in a newsroom, and the more stories we get, the better.” 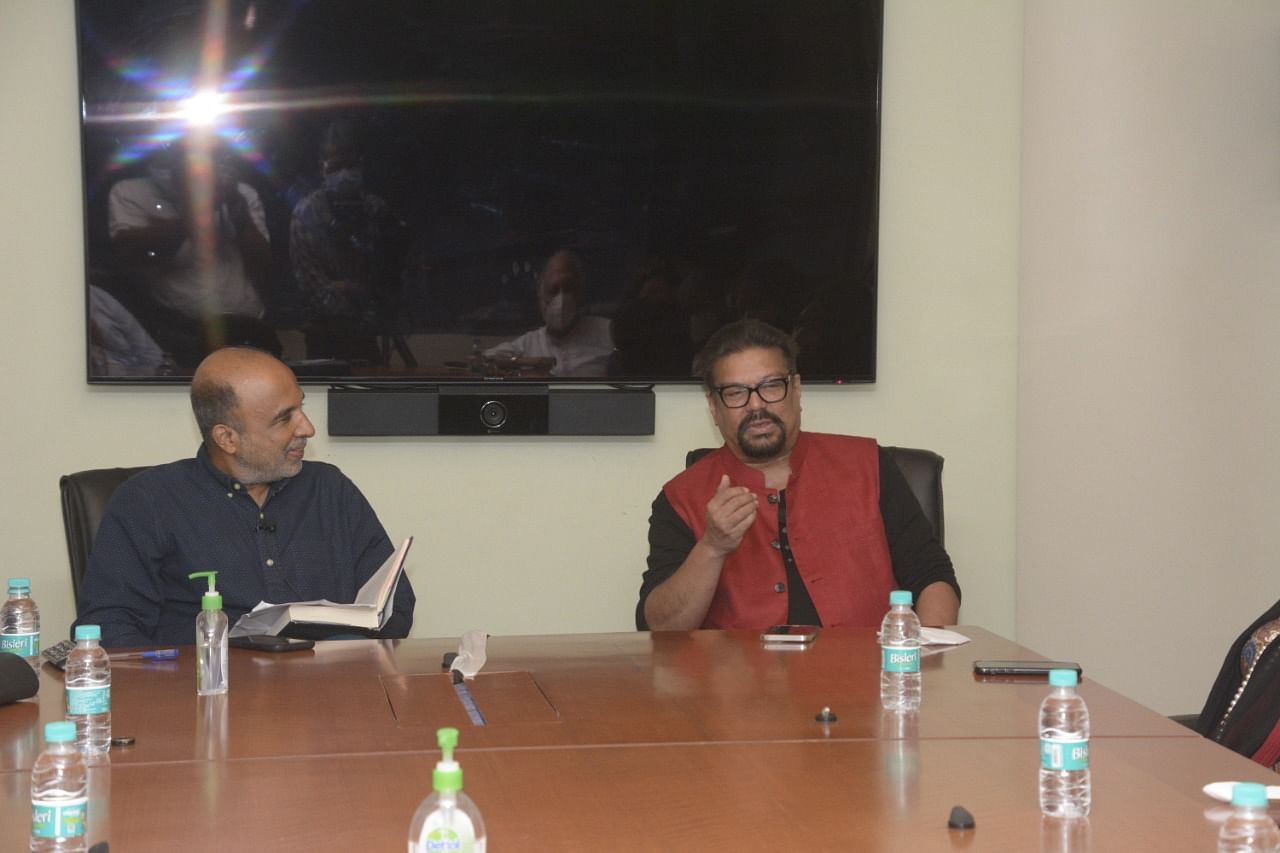 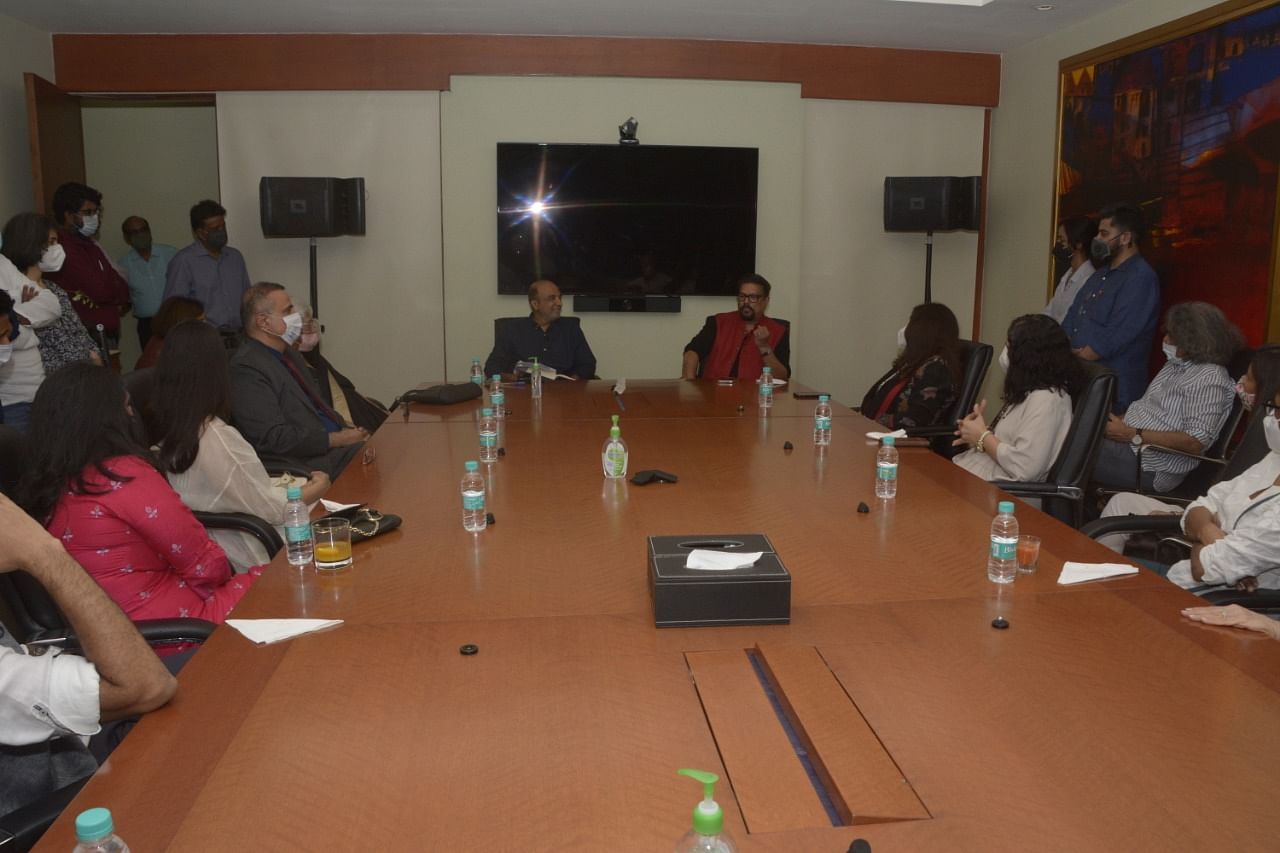 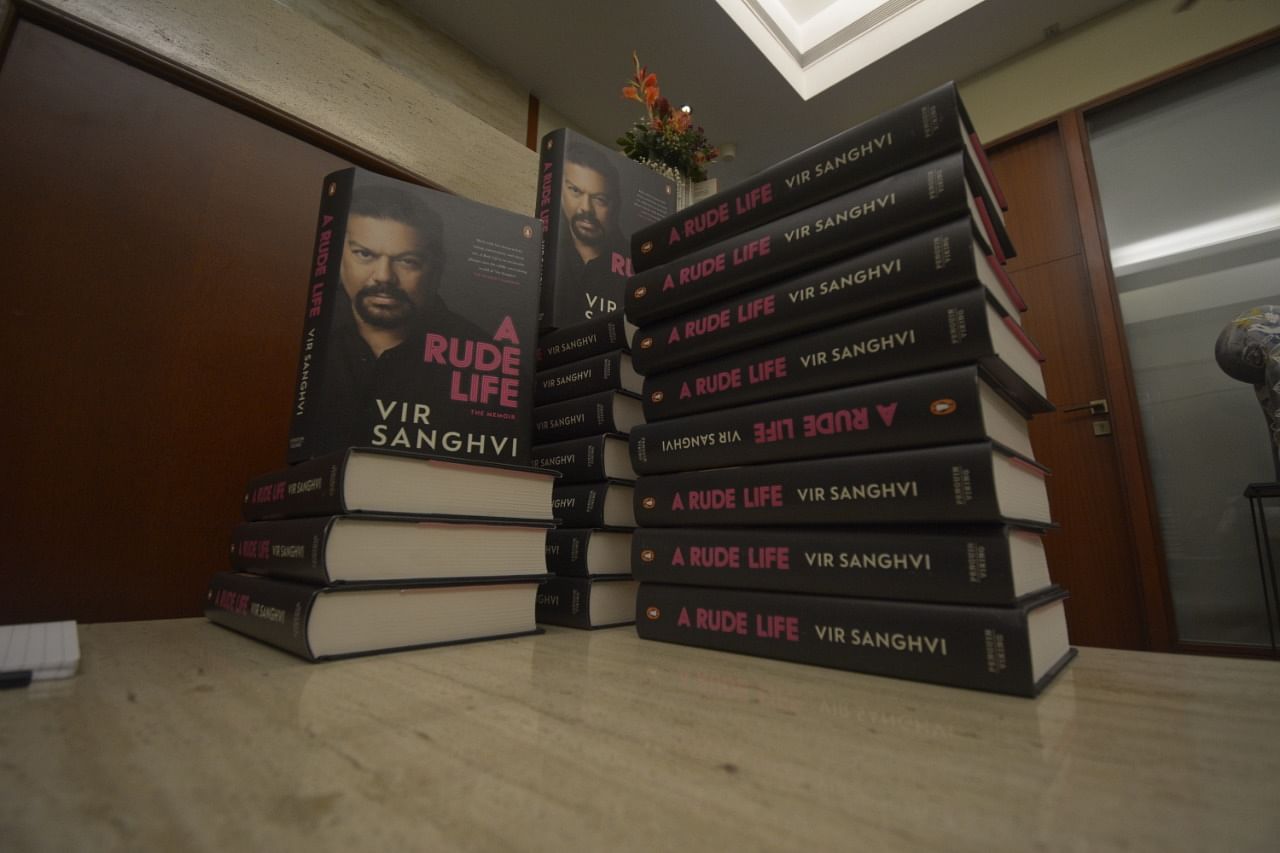 (With inputs from Dhea Eapen)

Read Also
In Photos: Journalist Vir Sanghvi launches his book ‘A Rude Life: The Memoir’ at The Free Press...