Parliamentarians in the Rajya Sabha during the Monsoon Session of Parliament, in New Delhi, Wednesday, August 4, 2021. | PTI

On Wednesday, six Trinamool Congress were suspended from the Rajya Sabha after they created ruckus in the morning over the Pegasus spying issue. They have been asked to withdraw from the House for the rest of the day.

According to the notice, the conduct and behaviours of the MPs was "grossly disorderly in the House" and therefore they have been "directed to withdraw immediately from the Council under rule 255 by the Honourable Chairman". 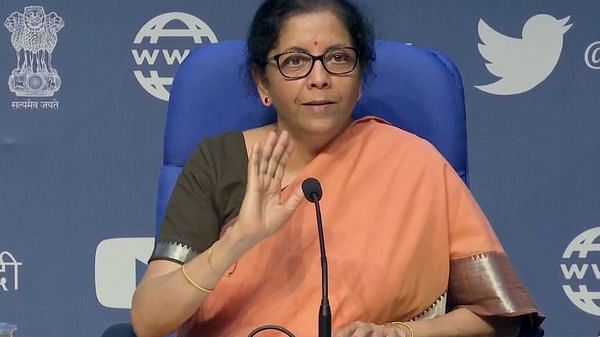 Reacting to the supension TMC national general secretary Abhishek Banerjee said that the suspension has proved that Prime Minister Narendra Modi has conceded defeat in the case and vowed to carry on the "fight for truth". Banerjee tweeted "YOU CAN SUSPEND US BUT YOU CANNOT SILENCE US".

Just as witnessed since the start of monsoon session, slogan-shouting TMC and other opposition MPs trooped into the well of the House, some holding placards, to demand a discussion on the issue of Israeli-made, military grade Pegasus spyware allegedly being used to snoop on opposition leaders, government critics and journalists.

Naidu took exception to the placards, which had anti-government slogans and adjourned the proceedings till 2 pm.

The Opposition parties said they were "firm and united" on their demand for a discussion on Pegasus issue and noted that the responsibility for the deadlock in parliament "lies squarely" with the government, which remains "arrogant and obdurate".