2013 Kedarnath flood disaster: How a cloudburst killed 6,000 people 9 years ago

Tremendous cloudbursts were the prime reason for the Kedarnath Flood Tragedy. Due to its proximity to the surrounding Chorabari Glacier, the area around the Kedarnath Temple suffered enormous damage

Images of the devastation wrought by the disaster | Kedarnath Temple website

In the early hours of June 16, 2013 a flash flood came down upon the overflowing banks of the Chorabari lake in Uttarakhand. Carrying huge amounts of silt and rocks, it destroyed lives, houses and everything else that came its way.

According to figures provided by the Government of Uttarakhand, more than 5,700 people were "presumed dead." This total included 934 local residents. The death toll was later placed at 6,054. Most of the dead were pilgrims.

The upper Himalayan territories of Himachal Pradesh and Uttarakhand are full of forests and snow-covered mountains and thus remain relatively inaccessible.

They are home to several major and historic Hindu and Sikh pilgrimage sites besides several tourist spots and trekking trails. Heavy rainfall for four consecutive days as well as melting snow aggravated the floods.

Warnings by the Indian Meteorological Department predicting heavy rains were not given wide publicity beforehand, causing thousands of people to be caught unaware, resulting in huge loss of life and property.

Between June 13 and 17, the state of Uttarakhand had received an unusual amount of rainfall. This led to the melting of the Chorabari glacier and the eruption of the Mandakini river. The floods affected large parts of Uttarakhand, Himachal Pradesh and Western Nepal.

The heavy rainfall caused massive flash floods and landslides resulting in the death of residents and tourists as well as extensive damage to property. Reportedly the worst hit was the Kedarnath valley popular for the 8th century temple dedicated to Lord Shiva.

The flood left behind a death toll of more than 6,000. Ecologist Chandra Prakash Kala notes in a report that “the approximate cost of damaged bridges and roads was $285 million, dam projects worth $ 30 million and loss to state tourism worth $195 million.”

None of the environmental laws are implemented in ecologically fragile areas in India and the development is going unabated.

A total of 427 dams are planned to be built on rivers. Among these, there are roughly 70 projects built or proposed on the Ganga, all to generate some 10,000 MW of power. This construction has affected 80% of the Bhagirathi and 65% of the Alaknanda.

It is an established fact that there is a straight co-relation between tourism increase and higher incidence of landslides.

Operation Surya Hope is the name that Indian Army’s Central Command gave to its response in Uttarakhand following the June 2013 North India floods.

The Indian Air Force, the Indian Army, and paramilitary troops evacuated more than 110,000 people from the flood-ravaged area.

A study by Utah State University analyzed the natural and anthropogenic influences on the climate anomalies using simulations, and found that:

(a) northern India has experienced increasingly large rainfall in June since the late 1980s,

(b) the increase in rainfall appears to be associated with a tendency in the upper troposphere towards amplified short waves, and

(c) the phasing of such amplified short waves is tied to increased loading of green-house gases and aerosols. In addition, a regional modeling diagnosis attributed 60–90 % of rainfall amounts in the June 2013 event to post-1980 climate trends.

Unprecedented destruction the rainfall witnessed in Uttarakhand state was also attributed, by environmentalists, to unscientific developmental activities undertaken in recent decades contributing to high level of loss of property and lives.

Roads constructed in haphazard style, new resorts and hotels built on fragile river and more than 70 hydroelectric projects in the watersheds of the state led to a "disaster waiting to happen" as termed by certain environmentalists.

The environmental experts reported that the tunnels built and blasts undertaken for the 70 hydro electric projects contributed to the ecological imbalance in the state, with flows of river water restricted and the streamside development activity contributing to a higher number of landslides and more flooding. 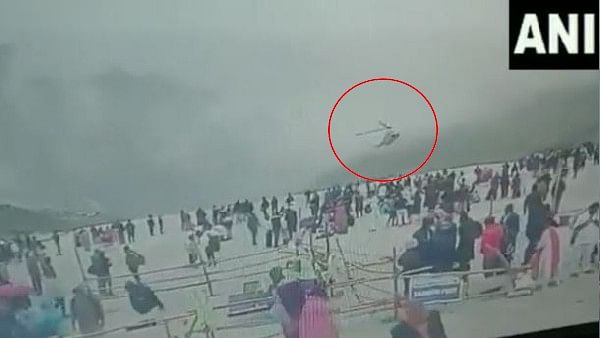