The jury was shown Depp's text messages to Paul Bettany in which he wrote, "Let's burn Amber!!! Let's drown her before we burn her!!!"

Los Angeles: On the seventh day of the trial for defamation against his ex-wife Amber Heard, evidence of Hollywood star Johnny Depp's drug use was laid bare.

During the trial, Heard's lawyer showed a picture of Depp "passed out" on a couch in Boston with ice cream spilled on his pants. The actor testified the photo was taken after he had finished working a 17-hour day to film 'Black Mass' and he'd taken opioids to "stay normal", reports aceshowbiz.com.

He claimed Heard gave him the pint of ice cream because she "knew" he would fall asleep with it.

"If you'll notice, my right hand is in my pocket, so I wasn't participating in the festival of ice cream," he said.

"That was a wonderful picture for her to take," Depp added.

When Heard's attorney asked if it was Heard's fault the photograph was taken, Depp replied: "Well, she snapped it."

He also objected to the attorney describing him as "passed out," saying, "'Passed out' is an interesting way of putting it. Asleep?"

There's also a picture of a table full of a glass of whiskey, lines of cocaine, other drug paraphernalia and a Keith Richards CD, while another image showed huge bags of marijuana, which were reportedly taken in a recording studio.

Depp admitted the photograph was taken at a time when he had "fallen off the wagon."

He also shared to doing cocaine with Marilyn Manson.

"We've had cocaine together maybe a couple of times," he said of his rocker friend. He then quipped: "I once gave Marilyn Manson a pill so that he would stop talking so much."

When asked if he would often drink whiskey in the morning, he replied: "Isn't happy hour anytime?" prompting laughter from the gallery.

The jury was additionally shown Depp's text messages to his friends, including a June 2013 exchange with Paul Bettany in which he wrote, "Let's burn Amber!!! Let's drown her before we burn her!!!" Depp said in a follow-up text, "I will f**k her burnt corpse afterwards to make sure she's dead."

After getting into a fight with Heard on a Boston-to-Los Angeles flight, Depp exchanged texts with Bettany again, saying he was going to "properly stop the booz (sic) thing."

He detailed his bad day as writing: "Drank all night before I picked Amber up to fly to LA this past Sunday Â. Ugly, mate Â. No food for days Â. Powders Â. Half a bottle of Whiskey, a thousand red bull and vodkas, pills, 2 bottles of Champers on plane."

Depp later sent Heard an apologetic text after the flight.

"Once again, I find myself in a place of shame and regret. Of course, I am sorry ... But I will never do it again. I want to get better for you. And for me. I must. My illness somehow crept up and grabbed me," he wrote in the text.

The jury was also shown undated footage of Depp going on a rampage in the kitchen.

In the video secretly recorded by Heard, the 56-year-old was seen slamming cupboards, throwing items around and pouring himself a glass of wine.

"I did assault a couple of cabinets, but I did not touch Miss Heard," Depp said of the video.

He went on insisting, "I did not try to intimidate Miss Heard ... If she was scared to death, why didn't she leave?"

Read Also
'I have other uses for your throat': Johnny Depp's cross-examination focuses on his angry outburst 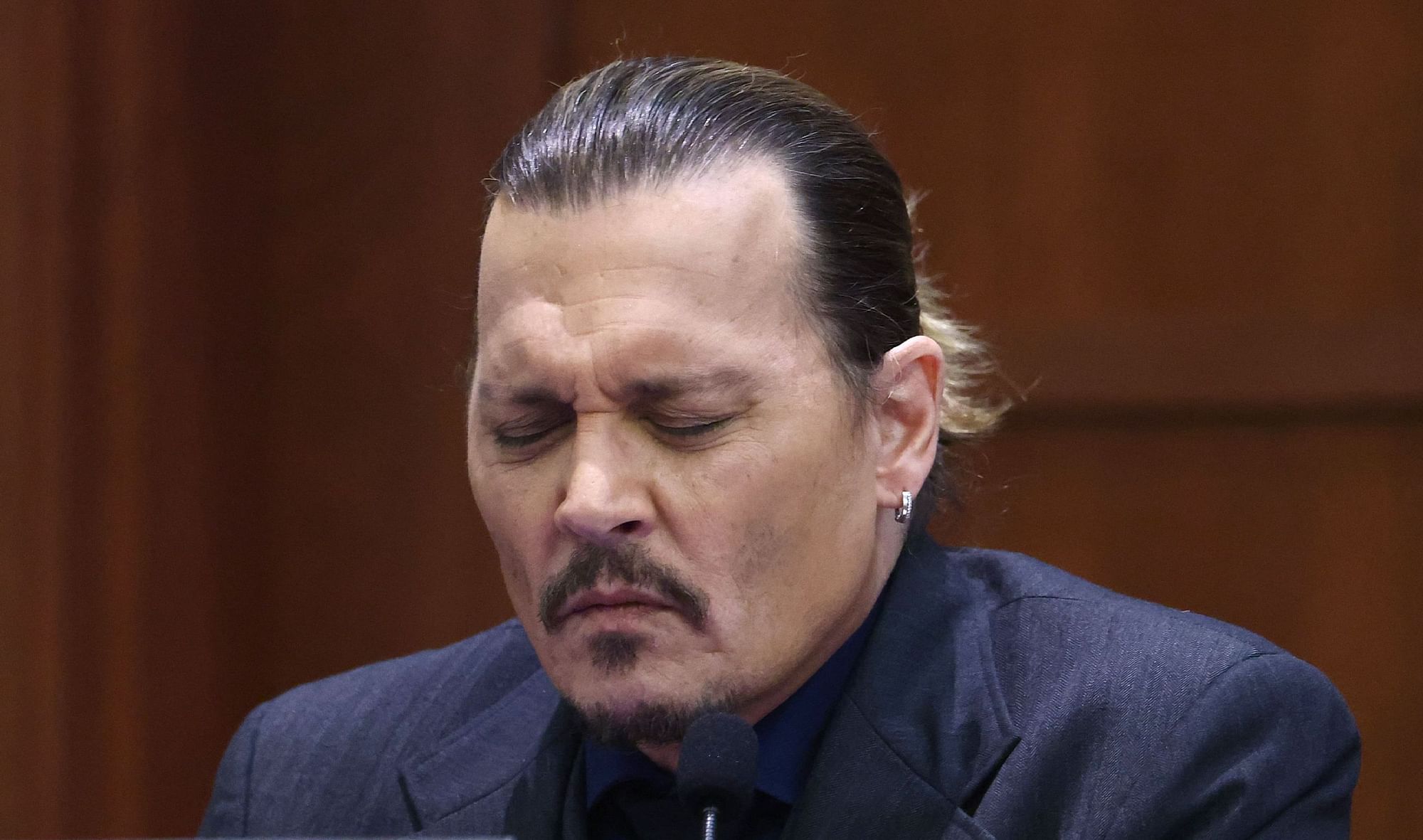