New York: US researchers have made a surprising discovery that could redefine ways to prevent baldness in humans. Until now it was believed that as humans age, their stem cells -- known to replenish tissues and organs, including hair -- eventually get exhausted and then die.

However, a new study led by researchers at University of Southern California discovered that, at least in the hair of ageing animals, stem cells escape from the structures that house them, the New York Times reported.

"The cells changed their shapes from round to amoebalike and squeezed out of tiny holes in the follicle," according to Rui Yi, Professor of pathology at Northwestern University. The finding was published in the journal Nature Aging.

"It's a new way of thinking about ageing," Dr Cheng-Ming Chuong, a skin cell researcher and professor of
pathology at the University of Southern California, who was not involved in Yi's study, was quoted as saying.

To understand the ageing process in hair, the team watched the growth of individual hair follicles in the ears of mice using a long wavelength laser that can penetrate deep into tissue. They labelled hair follicles with a green fluorescent protein, anaesthetised the animals so they did not move, put their ear under the microscope and went back again and again to watch what was happening to the same hair follicle, the report said.

"When the animals started to grow old and gray and lose their hair, their stem cells started to escape their little homes in the bulge.Sometimes, the escaping stem cells leapt long distances, in cellular terms, from the niche where they lived," the researchers found.

"If I did not see it for myself I would not have believed it. It's almost crazy in my mind," Yi was quoted as saying. The stem cells then vanished, perhaps consumed by the immune system, he said.

The team also identified two genes -- FOXC1 and NFATC1 -- that were less active in older hair follicle cells, a finding which may open up new possibilities for halting the stem cells from escaping.

The genes' role was to imprison stem cells in the bulge. So the researchers bred mice that lacked those genes to see if they were the master controllers.

By the time the mice were 4 to 5 months old, they started losing hair. By age 16 months, when the animals were middle-aged, they had lost a lot of hair and the sparse strands remaining were gray, the report said.

Read Also
Cold showers: Are they a fad or a great way to boost physical and mental health? 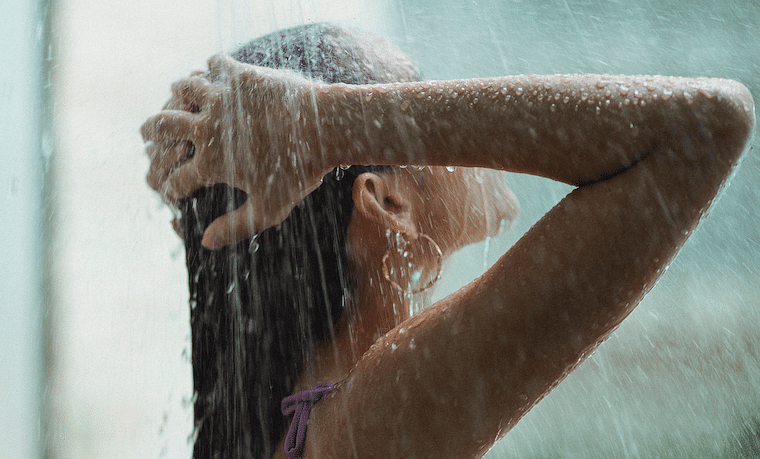