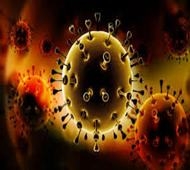 Over millions of years, our ancestors were infected with countless viruses and their DNA now makes up more of our genome than human genes. Around eight per cent of the human genome is made up of retroviral DNA, while known genes only make up 1-2 per cent. “This viral DNA typically lies dormant, as it is either non-functional or our bodies have evolved to suppress it,”said George Kassiotis from The Francis Crick Institute in the UK, who led the study.

“We looked for viral DNA that is reactivated by cancer and produces products that the immune system can see. The hope is that if we can train the immune system to spot these, we can selectively target cancer cells,” he said.

To study the effects of endogenous retroviruses on transcription, the team looked at patient samples from 31 different cancer types using a technology called ‘RNASeq’ that can read short, random fragments of RNA.

From the full transcriptional data, the team developed a catalogue of over 130,000 different RNA transcripts produced by endogenous retroviruses, more than half of which had not been previously discovered. “We focused on melanoma-specific transcripts and applied an algorithm to predict which could code for material that is visible to the immune system,” said Kassiotis.

“We found 14 candidate transcripts from 8 different regions of the genome that could produce unique cancer antigens,” he said.